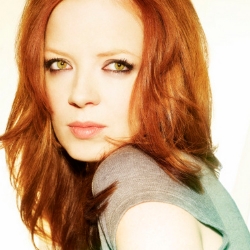 A hacker has seized control of the rock band Garbage’s official Twitter account, posting unauthorised messages to thousands of the group’s fans. Once again, you can see clear evidence that just because an account is “verified” it shouldn’t necessarily be trusted. After all, all it takes is for someone to be lazy with their password security for a malicious hacker to commandeer a popular account.

Garbage are far from the first musical act to have fallen foul of Twitter hackers. Past victims have included Axl Rose from Guns n’ Roses, Lil’ Wayne, Kian Egan from WestLife, and Britney Spears (a few times now).

A possible motive for the Garbage hack is revealed in one of the messages posted to the (currently still compromised) account:

All you people saying I'm dumb. I've made over 19 dollars by spamming ad.fly links. I hack twitters and spam them great money.

My recommendation is that users don’t click on any of the links being published on Garbage’s Twitter account right now, as they could be designed to infect your computer or steal your identity.

Hopefully Twitter security or Garbage’s lead singer Shirley Manson (whoever is tougher) will wrestle control of the account away from the hacker soon.

Hat-tip: Thanks to Naked Security reader @itf for tipping us off about the hack

5 comments on “Rock band Garbage have had their Twitter hacked”