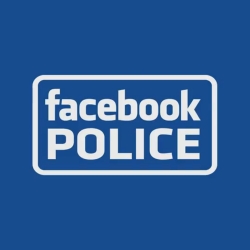 It’s not uncommon these days for police to use the internet and social networks like Facebook to gather information about criminals and criminal activity.

But a recent case proves that undercover police on Facebook should be careful not to find the tables turned against them, and their Facebook profile used against them.

A US woman, Melissa Walthall, 30, of Mesquite, Texas, was arrested on Monday and charged with a felony violation for posting a photo of an undercover police officer onto her Facebook page.

A federal affidavit says that Walthall was retaliating against the officer for testifying against a friend, George Pickens, in a drugs case.

Pickens has been charged in the past with drug, disorderly conduct and theft offenses and is now facing federal drug and weapons charges.

The affidavit says that police who searched Pickens’s home found an unregistered, sawn-off shotgun under his bed, 28 grams of methamphetamine, bags for packaging, and a scale.

According to the Dallas Morning News, after her friend’s arrest, Walthall allegedly posted a photo of this flyer onto her Facebook page:

Court documents claim that it was Pickens who had originally found the photo on the undercover investigator’s Facebook page. Pickens and his brother, Bobby Stedham, then printed the fliers hoping to blow the officer’s cover, an affidavit charges.

A police investigator found the image, confirmed it was posted by Walthall, and interpreted it as a “viable threat to that officer’s safety,” the affidavit said.

According to the Dallas Morning News, Walthall has an active misdemeanor drug case. Bobby Stedham, 26, who was also charged with retaliation, likewise has multiple marijuana convictions.

Retaliation is a federal offense that can result in a prison term of up to 10 years.

According to the Texas Penal Code, retaliation occurs if:

A person... intentionally or knowingly harms or threatens to harm another by an unlawful act... in retaliation for or on account of the service or status of another as a public servant, witness, prospective witness, or informant...

But is posting a photo to Facebook an “unlawful act”?

As pointed out by one observer, it’s hard to imagine such an act as unlawful when the officer himself publicly posted his own image onto Facebook.

Walthall and Stedham’s alleged act of outing an undercover officer is clearly, rationally an act of retaliation and spite. But on purely legalistic grounds, it’s another matter entirely, given the wording of the statute and its reliance on an “unlegal act” taking place to constitute the crime of retaliation.

I called the International Association of Undercover Officers to determine whether there’s any other law that might cover the purposeful outing of an undercover officer, but a 23-year veteran of undercover work told me that he knew of none.

When I asked what type of training police receive before undertaking undercover work, he said that many officers simply learn on the job, with no training about keeping their identities out of public view.

That’s a problem, not only with young people posting their images onto social networking sites before they’ve made up their minds to go into undercover work, but also with Google’s facial recognition technologies and the ubiquity of Street View imaging, he told me.

Police departments seem to lack a consistent approach to policing their officers’ use of social media. Policies are all over the map.

Given this case, maybe it’s time to change that.

I’d suggest that police departments start protecting their own by educating undercover cops about how easy it is for them to be outed by their own social media activities.

Come to think of it, that’s a good lesson for us all.