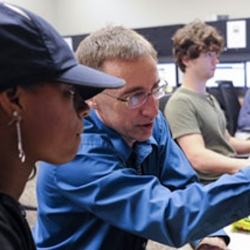 Congratulations to our good friends at the University of Alabama at Birmingham whose Center for Information Assurance and Joint Forensics Research (CIA|JFR) have been awarded $250,000 by Facebook, for the great work they do helping fight cybercrime. What makes the donation particularly sweet is that the money comes from a pot of funds recovered by Facebook from spammers around the world. To add more salt to the wounds of spammers, the donation will be put towards a new expanded version of the CIA|JFR headquarters, due to be opened next year.

Facebook’s donation to UAB CIA|JFR is in recognition to the work the center does in tracking down spammers around the world, including assistance they gave to the uncovering of the notorious Koobface gang.

Joe Sullivan, security chief at Facebook, applauded the work done by the University, and the need for trained cyber-professionals:

"As a result of numerous collaborations over the years, Facebook recognizes the center as both a partner in fighting internet abuse, and as a critical player in developing future experts who will become dedicated cybersecurity professionals"

In January 2012, the New York Times, went public about a top-secret operation conducted by Facebook and computer security researchers around the world, exposing the names of five people it believed were responsible for the Koobface worm: a botnet which has helped its creators earn millions of dollars every year by compromising computers.

Naked Security told the in-depth story of how these individuals were identified as part of the Koobface gang, in a detailed investigation conducted by independent researcher Jan Drömer, and Dirk Kollberg of SophosLabs between early October 2009 and February 2010.

The researchers at SophosLabs would like to congratulate the team at the University of Alabama at Birmingham on the donation from Facebook. More power to them and similar experts around the world, helping investigate cybercrime and making the online world a safer place!