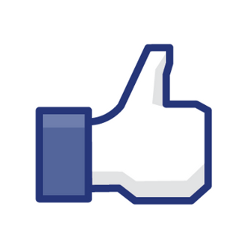 In a post titled “Being social with privacy in mind” the Mozilla team announced a new social media API in the beta release of Firefox 17.

An API (application programming interface) allows two programs to communicate with one another. The first company to take advantage of Firefox’s new social media API is Facebook.

Why would you want Facebook to plug in to your web browser? By using this API, Facebook makes itself available everywhere you surf, including sites that don’t currently use “Like” buttons or other Facebook technology.

On the surface this seems bad for privacy, but it’s not. As a user you no longer leak your every move to Facebook, because the “Like” button is now embedded in your browser and no longer phones home every time you visit a site that is using Facebook Connect.

Facebook’s use of the API adds other functionality as well. Social media sites are designed to facilitate and encourage communities and sharing. Yet flipping between one tab and another trying to have realtime communication with your friends while watching videos and other content can be jarring.

Enter Facebook Messenger. It adds some buttons to your Firefox toolbar that allow you to “Like” things and view your friend requests, chat messages and notifications. As you can see, this makes Facebook accessible while you are using other content within Firefox. Even Facebook chat follows you from tab to tab, without the need to have Facebook open in any of the tabs at all.

If you want to try it you can install the Firefox beta, enable Facebook Messenger for Firefox under the Tools menu, then visit the Facebook website in Firefox.

The Mozilla privacy team is proudly proclaiming the privacy enhancing features of having the “Like” button embedded in its browser toolbar. My first impression is to agree, but the proof is in the pudding, so I put it to the test.

First I did a packet capture while visiting The Huffington Post, which has a Facebook “Like” button prominently displayed at the top of its home page. I enabled the new feature and performed the same test. My machine did do a DNS lookup for Facebook, but that was the end of it. No cookies and no information were shared with Facebook until I chose to click the “Like” button in my toolbar.

Social media and privacy are perpetually at odds and this is an interesting development. Mozilla is offering something I have wanted for a long time: an effective method to avoid being tracked by every site that chooses to embed a “Like” button.

It isn’t a perfect solution, though. This is only available for Facebook users and only provides these privacy enhancements for one tracking network.

Facebook users should consider taking advantage of this once Firefox 17 is officially released as it seems to only offer benefits. Better privacy, frictionless sharing and easier collaboration with your online friends.

The rest of us will have to sit out this round and hope Mozilla can add more partners and forge new initiatives that will protect everyone’s privacy.