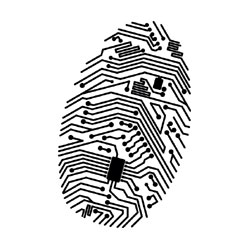 Well, there is no one size fits all solution – it depends on the individual circumstances and where you are in the world – but we’ve drawn up some scenarios that are typical of some of the crimes that any computer user, at home or work, might come across.

In the first of our series of articles on how to report a computer crime, we’ll look at unauthorised email access, what offences are committed when a crime like this happens and how you should report it.

Abigail is at work. She logs into her personal webmail account during her lunch-break, which she is allowed to do according to her company’s computer policy.

A friend had advised her to use a complex password for her personal webmail, but she finds it difficult to remember so she has it written down in her diary.

Abigail logs out of her personal webmail account and leaves the building to make a private phone call, but doesn’t take her diary with her.

Barry sits opposite Abigail; he has a secret crush on her. Barry goes to Abigail’s desk, searches her diary, finds the webmail account name and password and logs into her webmail account from his smartphone at the office.

Barry reads a number of Abigail’s previously read personal emails using his mobile, but does not read any unread mail in case Abigail notices someone has accessed her account.

Abigail later discovers that someone has read her emails after she checks her email account activity and notices the account has been accessed by a mobile web browser. She suspects it was Barry after he made a comment regarding something she had written in a personal email.

Other associated crimes could include Conspiracy or Money Laundering offences, but victims of crime are more often than not affected by at least one of the three Acts listed above.

In this case, Barry committed an offence of “Unauthorised Access” in contravention of S1 Computer Misuse Act 1990, committed when the offender causes a computer to perform a function intending to secure access (which Barry did when he gained authentication to Abigail’s account). In the USA, most cybercrime offences are covered by Title 18, United States Code (USC) Section 1030 – Fraud and related activity in connection with computers. This is what Barry contravened when he logged into Abigail’s account.

In this case, Barry has contravened Section 44, Summary Offences Act. In the UK, when a crime has taken place it should be reported to the police, so Abigail should go to her local police station to report it.

There is also a web portal for reporting fraud and internet crime: Action Fraud.

In this case Abigail should report the crime at her FBI Local Office, or US Secret Service or Internet Crime Complaint Centre.

The Royal Canadian Mounted Police (RCMP) are the main agency with regard to the investigation of federal statutes but also have policing responsibility for a number of the Canadian provinces and all 3 territories, as well as some local police services in towns and cities.

A computer crime victim, like Abigail, should report their incident to their local police service. If appropriate, it will be escalated for the attention of the agency with federal responsibility, the RCMP.

Abigail should report the crime to the Australian State or Territory Police.

Abigail may want to consider informing her webmail service provider that she has reported the incident to the authorities.

She should also request that they preserve the web access logs so they can be looked at during the investigations.

Abigail should change her webmail password immediately and use a robust password that she can memorise rather than one which she has to write down. She could also consider using password management software (examples include 1Password, LastPass or KeePass) where she only will need to remember one complicated master password.