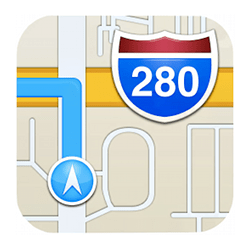 If you have an Apple device that is capable of running iOS 6, you might have resisted upgrading it after hearing people complain about Apple’s new mapping application.

But you ought to have grabbed it with both hands for security reasons: iOS 6 patched a whopping 197 CVE-numbered vulnerabilities in 41 system components, broken down as follows:

Now, with the release of iOS 6.0.1, there are four more reasons to get onto iOS 6 if you’re still one of the holdouts.

→ If all you can do with an vulnerability is make the CPU to jump to a memory address, you need to know in advance what address to choose. Otherwise, your exploit will probably just crash the device, not take it over. ASLR is deliberately intended to make it hard for you to know where to go, thus helping to turn RCE exploits (crash and keep control) into DoSes (crash and burn out).

→ Since Passbook can store coupons, loyalty programme details and even airline boarding cards, having your Passbook unlocked even when your device is locked presents a rather obvious personal security risk.

→ One of these bugs can be triggered by deliberately-dodgy Javascript; the other by a craftily-tweaked SVG (scalable vector graphics) file. These sorts of vulnerability are highly regarded by cybercrooks, as they can be used for drive-by infections. That’s where just visiting a page can trick your browser into running malware, without waiting for you to click through any security warnings.

Apple’s writeup can be found in knowledgebase article HT5567.