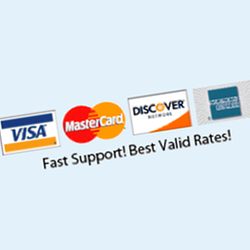 Usually, when you see those little icons of payment cards put up on a web page, you assume it’s a list of the cards you can use when you pay for something on the site:

Sometimes, though, it’s a list of cards available to buy.

How does that work?

Like me, you probably get a persistent stream of bogus email from phishers, carders, scammers and the like. They’re trying to trick you out of your money, your passwords and your digital identity.

That’s hardly unexpected. Scamming is, after all, what scammers do.

But sometimes you’ll get legitimate emails from the crooks.

OK, perhaps legitimate is the wrong word. What I mean is that they are overtly proposing criminality – not with you as the victim, but as a co-perpetrator: In short, they sometimes use marketing EDMs (electronic direct mails – spam, in the vernacular) just like regular, legitimate companies.

They want your details not to steal from you, but to sell you things so you can steal from others: They’re happy for you to be anonymous – indeed, it’s paradoxically probably slightly safer for them if they don’t know who you are. They only really need to care whether you’re an undercover cop or a genuine crook.

The terminology speaks largely for itself. Scam pages, bank accounts and credit cards are obvious. The others are common in carder-speak:

That’s really all you need to know. Unless you genuinely intend to become a criminal, keep clear of this stuff. Don’t sign up and play around with the Baddies just to see what happens. It’s tempting, but not a good idea.

It’s hard to keep perfectly anonymous online (whatever the legislators who are baying for yet more internet surveillance regulations might say). And if you aren’t as anonymous as you think, you might well end up on the radar screens of both the crooks and the cops.

As Mr Miyagi, of Karate Kid fame, pointed out, “Best way to avoid punch – no be there.”

5 comments on “Credit card fraud – want to join the party?”