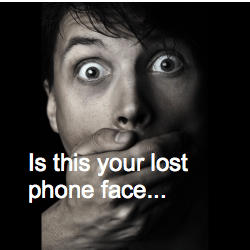 How badly does it suck when you lose a phone or device? I have done it countless times. I try to multi-task, attempting to complete six things at once, only to forget my phone somewhere difficult to retrieve it from, like a plane or in a cab. Just hate that.

A few weeks ago, we wrote about a Sophos survey which asked people in the UK about privacy and security with respect their mobile phones.

More than 1000 people took part, and some of the results were pretty interesting. For instance, t he findings showed that men were more likely than women to lose mobiles, and that Londoners were more likely to lose devices than people living elsewhere in the UK.

(Actually, the latter doesn’t surprise me – there is a lot more to think about when getting from A to B in central London than there is in, say, Looe Cornwall or Dundrum in county Down).

You can see a lot more stats from the Sophos-commissioned survey in the accompanying press release, but here is an infographic Sophos created to illustrate some of the findings: You might also want to check out Sophos’s Bubble Wrap Cab, a dedicated page updated showcasing free tools and videos on the mobile privacy and security.

All this information should be food for thought about ensuring your mobile and other devices are password-protected and encrypted where appropriate.

There are a number reputable products out there that will help you run a more secure device. If you are an Android mobile user, Sophos does have a free security app you can install from the Google Play Store to help protect you from cyber nasties.

Here is a screenshot of the Sophos’s Android security tool in action: 2 comments on “Losing a phone or device REALLY sucks [INFOGRAPHIC]”