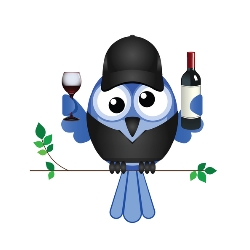 Twitter has apologised for getting a little tipsy with account-locking gusto after having reset more passwords than it intended on Thursday.

The company won’t say how many users it “unintentionally” locked out of accounts and how many Twitterati received its subsequent email telling them to create a new password.

"We’re committed to keeping Twitter a safe and open community. As part of that commitment, in instances when we believe an account may have been compromised, we reset the password and send an email letting the account owner know this has happened along with information about creating a new password. This is a routine part of our processes to protect our users."

"In this case, we unintentionally reset passwords of a larger number of accounts, beyond those that we believed to have been compromised. We apologize for any inconvenience or confusion this may have caused." Among the shuttered was TechCrunch. Unintentional closures aside, theirs was only one of many stories relating to an authentic hack behind Twitter’s reset snafu.

As Natasha Lomas describes it, TechCrunch’s account was hijacked by somebody who posted a work-from-home scam on its feed. (The site has since regained control of its account.)

For example, The Register noted takeovers of Hong Kong university’s China Media Project, which monitors censorship in the PRC, as well as the feed from WSJ reporter and USC Professor Mei Fong.

For his part, Patrick Chovanec, a professor at Tsinghua University in Beijing, tweeted that somebody broke in and tried to change his password.

He was logged in, however, and fended off the intruder.

Some are interpreting it as ipso facto Chinese censorship, with headlines such as “Cyber War: China Hacks Into Twitter and Censors it Ahead of Chinese Communist Election”.

But as others have pointed out, the Red Threat perception may amount to paranoia.

Such wariness is understandable, given that the Communist Party is currently holding its 18th National Congress.

But that’s circumstantial evidence. Tracing a Twitter hack is extremely difficult, after all, and some of those who tweeted about having their accounts hijacked admitted that they couldn’t really tell who the culprit was.

Twitter, in its email to those whose accounts were shuttered, alluded only vaguely to the compromise, saying it may have come from a “website or service not associated with Twitter.”