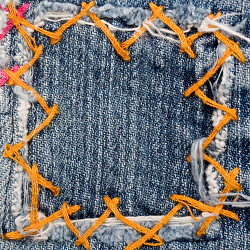 Here are the results in super-abbreviated form:

(RCE stands for remote code execution, where attackers may be able to trick the vulnerable software into running program code of their choice by feeding in maliciously-crafted data from the outside.)

Advice follows on the what, why and where of the patches rated High and Medium by SophosLabs.

Three so-called “use after free” vulnerabilities are patched here, all for Internet Explorer 9.

A “use after free” bug happens when software gives back memory to the operating system in order to free up resources it no longer needs, but then carries on using that memory anyway.

Since someone else might innocently have altered the contents of that memory in the interim, a “use after free” is pretty much guaranteed to end in tears.

If those interim memory modifications are deliberately crafted by an attacker, the outcome is even worse: a remote code execution exploit.

Here, a malevolently-created Windows Briefcase (one of Microsoft’s file synchronisation tools) could give an attacker remote control of your computer.

As in the case of MS12-071, Server Core installs aren’t affected. All other platforms are at risk and need patching, from XP to Windows 8, and from Server 2003 to Server 2012.

Five separate vulnerabilities were patched here, including one that can be exploited for RCE through a dodgy proxy configuration file.

Three separate kernel vulnerabilities were fixed, including one involving the processing of fonts (TrueType Fonts, or TTF files).

Because fonts can, and often are, embedded into web pages so they render precisely as the page designer wanted, this means that just visiting a web page could be enough to trigger a RCE event inside the kernel.

If you are looking for a “first amongst equals” patch to start with, I’d recommend these kernel driver fixes.

Treat the kernel as the adminstrator’s administrator and take kernel-mode RCE flaws as your greatest concern.

Since Excel files aren’t supposed to contain executable code – at least, not code that runs without clear warning to the user – they are often treated with comparative lack of concern when seen in emails or on web pages.

For what it’s worth, even after you’ve applied this patch, I recommend a high degree of scepticism about untrusted, remotely-delivered Excel files.

Since Excel files are often about money, and budgets, and financial planning, trusting them implicitly even if they don’t contain malware is a risky proposition!

Patch soon: as always, prevention is better than cure.

One comment on “Microsoft Patch Tuesday – there’s even a patch for your Mac!”