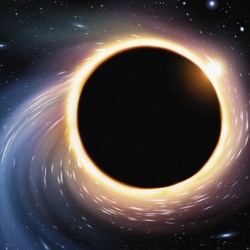 The past couple of weeks have been interesting times for anyone following the malicious Blackhole exploit kit that continues to dominate the charts.

Don’t get me wrong, we expect changes and updates – the individuals behind the kit work tirelessly to try and evade security products. However, some of the recent changes are a little confusing to say the least!

One of the key aspects of the Blackhole exploit kit that we identified in previous research was the organised and coordinated nature of the kit. For example, as soon as a new obfuscation method was added, we would quickly see it in use, across the majority of exploit sites being tracked.

The release, in September 2012, of Blackhole exploit kit version 2 introduced several changes, but the coordinated ‘rollout’ of minor tweaks and modifications continued.

And so to recent developments that we have been observing. Firstly, let’s start off with a quick recap of what we are seeing: So what is going on? Why this sudden burst of diversity from Blackhole?

Or is this a new kit? Are some of these recent Blackhole changes actually not Blackhole at all, but some other kit?

As I have been putting together this post, I see that our colleagues at F-Secure are asking a similar question.

Personally I suspect these new ‘flavours’ of Blackhole are from the same group. However, there is one nagging doubt I have:

Whatever the case, we will continue to monitor these attacks closely, ensuring our reputation filtering and content detection technologies protect customers, regardless of the group behind them!

Thanks to Gabor and Ferenc in Sophos’s Budapest lab for their assistance in putting together the content for this article.