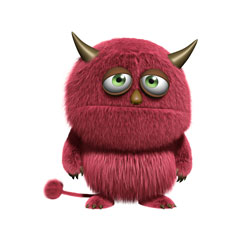 So far, we have looked at phishing and SQL injection attacks, unauthorised email account access and malware in our series of articles on how to report a computer crime. In this article, we’ll look at trolls.

Annie has split up with her boyfriend, Greg, of three years.

Greg is upset by this and seeks retribution by posting slurs about Annie’s reputation using toe-curling vocabulary on a social networking site.

Greg commits an offence by using a communication network to send a message that is either threatening, abusive, or harassing and is done with the intent to cause alarm, distress and or anxiety. In this case, the most offense will be covered by Section 127 of the Communications Act 2003; Improper use of public electronic communications network.

This legislation is wide-sweeping and applies to messages that are sent via a public electronic communications network.

In the USA, states have individual laws regarding the communication of threats. So the crime will be covered by differing state law, depending on where the offence took place.

In this case, Section 264(1) of the Criminal Code: Criminal Harassment was contravened. Canadian law makes criminal harassment an offence punishable by summary conviction or by indictment. This offence currently carries a maximum penalty of ten years in prison. In the UK, when a crime has taken place it should be reported to the police, so Annie should immediately report it at the local police station.

In this case the trolling should be reported at Annie’s local FBI office.

Annie should report the trolling to her local police service. If appropriate, it will be escalated for the attention of the agency with federal responsibility, the RCMP.

Annie should report the crime to the Australian State or Territory Police. Annie should keep all messages and offensive content, however tempting it is to delete. She should take some examples of the content when reporting the crime to the authorities.

The content can be used in evidence that may assist any prosecution case. It may also contain useful metadata that may help in attributing the activity to the perpetrator.

Sadly, trolls will always exist – we can’t wave a wand and make them disappear entirely from the internet but there are some handy tips that Annie could follow about how to deal with internet trolls.

24 comments on “How to report a computer crime: Trolling”