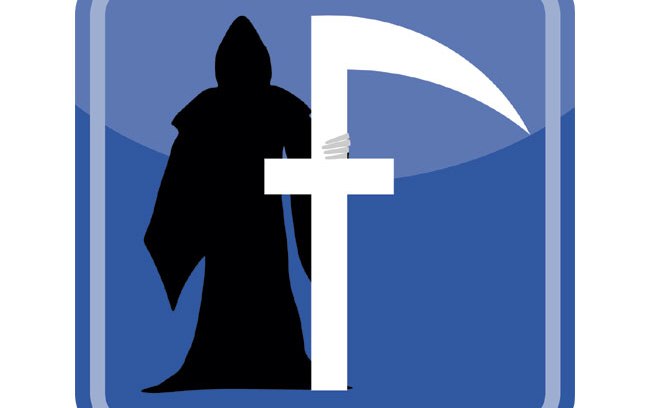 It was October! The month when slimy worms slither through Facebook! On those cold, dark days when grisly green hands tend to smash through monitors, hungrily grasping at click-happy employees!

At least, that’s what one of Facebook’s posters implied to its employees last month.

This, Facebook told Mashable, was the second year that the company celebrated its annual Hacktober: a month-long event wherein its engineers brewed up simulations of security threats that they then unleashed on staff computers.

After setting the traps, they sat back and waited to see which employees would fall for them, and which would be good-security doobies and report the fishiness, thereby netting themselves some Facebook-emblazoned swag.

Those who ratted out the engineering crew’s phishing scam or other security threats – which were sprinkled throughout the site or sent to company email addresses – got themselves a Facebook-branded shirt, bandana or sticker.

Those damnable souls who were lured into clicking on the booby-traps got sent to hell, aka “further training”.

"Webinars don’t exactly fit in well here, so we wanted to do something unique in line with our hacking culture to teach employees about cybersecurity... We took the theme of October, fear and pranks and created something that is both fun and educational."

He said it was also part of a larger effort to celebrate National Cyber Security Awareness month.

Threats were targeted at groups based on what they might realistically come across in the course of doing their jobs. Afterward, the hack was revealed, along with an explanation of how to prevent such exploits outside of the safety of the simulated environment.

Mashable provided one example of a worm hiding as a fake Facebook news story to demonstrate the speed in which spam spreads across the social network.

The worm was a huge success, McGeehan said, both in terms of employee responsiveness and as a way to test and refine the tools and policy systems Facebook uses for reporting suspicious activity:

"We launched a worm to simulate some of the spam campaigns we see on Facebook and other sites, and this was our grand finale. Within minutes, we were overwhelmed with reports from employees, and it was a wild success."

Jenn Lesser, an operations manager on Facebook’s security team who worked with the internal events and design on the project, said that the company faces the same security lethargy that most businesses deal with: namely, staff don’t care until there’s a problem. But by then, it’s too late.

Pen-testing your own peeps a la Facebook is a great idea, and you don’t necessarily have to throw any software development resources at it.

Kevin Young, who’s on Adobe’s Information Security Team and has done a good deal of security training with both Utah Valley University College of Technology and Computing students as well as nontechnical people at Risk Management conferences, told me about some of his demos that make security concepts easy to grasp:

If you’ve got other ways to terrorise your employees into cybersecurity awareness, please share them in the comments section below.

And please, no links to that Facebook meme-of-the-day Brazilian stunt with the fake elevator and the little demon child who popped out of a panel and scared people to the brink of cardiac arrest.

That was just plain creepy.

If you’re on Facebook, consider joining our Facebook page, where you can keep up-to-date on the latest privacy and security issues, and learn about the rogue applications, scams and malware attacks threatening Facebook users.

4 comments on “Facebook hacks its workers into Hacktober smithereens”