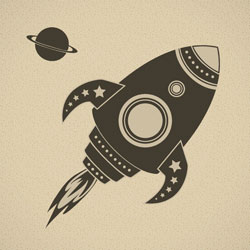 Japan’s space agency said on Friday that it found a computer virus on one of its desktop computers that was stealing data on one of its newest rockets and beaming it to controllers outside the agency, the New York Times reported.

The Japan Aerospace Exploration Agency (JAXA) said in a statement that the virus was found in a computer at its Tsukuba Space Center, northeast of Tokyo.

JAXA said anti-virus software detected the bug on November 21st, after which it conducted an emergency sweep for viruses that showed no other infected computers at the center.

The agency isn’t sure whether the virus constitutes a cyberattack. But as the New York Times notes, Japanese defense companies have recently been targeted by similar data-siphoning Trojans, some traced to China.

Thieves this time around made off with data about the Epsilon, a solid-fuel rocket with artificial intelligence that Japan plans to send on its virgin flight in 2013.

The artificial intelligence will allow it to be remotely controlled by desktop computer.

This recent infection is the latest in a string of data pilfering targeting JAXA.

In January, the agency discovered a Trojan on an employee’s computer that may have slurped login credentials for a cargo shuttle that carries food and equipment to the International Space Station (ISS).

Before the January incident, back in August 2011, JAXA found malware that after an employee opened an infected email attachment. JAXA immediately snatched the computer offline and scrubbed it clean – or, at least, that’s what the agency thought.

But the computer stayed quirky, with JAXA describing it as “unstable” and prone to displaying “abnormalities”.

JAXA engineers discovered the second virus on January 6th. This one was grabbing information and beaming it out to controllers between July 6th and August 11th.

JAXA said at the time that it immediately changed passwords and began checking other terminals, bolting down information security and working to ensure the leak would never recur.

It’s unknown whether the current data leak came from these initial two viruses.

One thing we do know: JAXA is far from the only space agency-related target.

In November 2011, a Romanian man was arrested for hacking into NASA servers starting December 2010.

Earlier still, in 2008 a worm made it to the International Space Station, carried on a memory stick by an astronaut.

It’s odd to think about rocket scientists muffing up the most elemental of security precautions, but there you have it: an employee clicks on an infected attachment, an astronaut plugs in a memory stick infected with creepy-crawlies, and then too, only last month an unencrypted NASA laptop was stolen when thieves broke into a car.