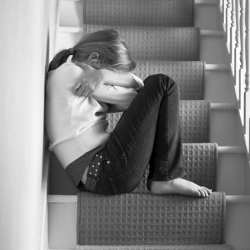 Forty-eight countries have joined forces to launch the most expansive fight ever against the spread of online child sex abuse.

According to current estimates, there are more than one million images of sexually abused and exploited children now online. Every year, that number grows by 50,000 new images, according to the United Nations Office on Drugs and Crime (UNODC).

The initiative was announced by EU Commissioner for Home Affairs Cecilia Malmström and US Attorney General Eric Holder at the opening of an expert conference in Brussels on 5 December.

In her opening remarks, Ms. Malmström said that behind every one of those images is a victim:

"Behind every child abuse image is an abused child, an exploited and helpless victim. When these images are circulated online, they can live on forever. Our responsibility is to protect children wherever they live and to bring criminals to justice wherever they operate. The only way to achieve this is to team up for more intensive and better coordinated action worldwide."

The participants put out this list of goals for the new initiative, which has been dubbed the Global Alliance Against Child Sexual Abuse Online, in a press release:

Unfortunately, law enforcement efforts to wipe them out and chase after the perpetrators most certainly do. As it now stands, the lack of information exchange and legal loopholes between and within countries can be exploited by pedophile networks.

The difficulties investigators face was illustrated in a Boston Globe report from July.

It’s a gut-churning account of the fate of an 18-month-old boy, depicted in an online image as naked from the waist down, terrified, clutching a stuffed bunny for comfort. It details one of the too-rare instances where a pedophile’s victim was identified and the pedophile himself arrested and charged, thanks to cross-border co-operation between countries.

The alliance is designed to bolster exactly that type of international cooperation, which is crucial to investigators as they investigate child sexual abuse online and identify and prosecute offenders, Attorney General Holder said during the launch:

"This international initiative will strengthen our mutual resources to bring more perpetrators to justice, identify more victims of child sexual abuse, and ensure that they receive our help and support. … Through this global alliance we can build on the success of previous cross-border police operations that have dismantled international pedophile networks and safeguard more of the world's children."

Also present at the launch were ministers and other high-level officials from the 27 EU member states, as well as 21 countries outside the EU: Albania, Australia, Cambodia, Croatia, Georgia, Ghana, Japan, Moldova, Montenegro, New Zealand, Nigeria, Norway, the Philippines, Serbia, Republic of Korea, Switzerland, Thailand, Turkey, Ukraine, the US, and Vietnam. One of the goals of the alliance is to educate children about online risks, including the self-production of images and “grooming” methods used by pedophiles.

Educating young people about the dangers of sexting and about being careful about whom they talk to on the internet isn’t solely the job of a global alliance of law enforcement.