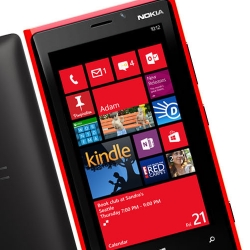 So much for the season of goodwill to all man.

That certainly counts for nothing between warring rivals in the smartphone business, if the following tweet is to be believed.

Do you have an Android malware horror story? Reply with #DroidRage with your best/worst story and we may have a get-well present for you.

Need more convincing? Just take a look at what Microsoft’s Windows Phone was saying yesterday (with a generous plug for the newly-published Sophos Threat Report): Readers of Naked Security will remember that Microsoft tried the same tactics last December, where it first started using the hashtag #droidrage. Back then, Microsoft was offering free Windows Phones as prizes for the “best (worst?) stories” of Android malware mayhem.

This time the company hasn’t been so clear as to exactly what goodies might be up for grabs. (I hope for your sake it’s not a free Microsoft Surface RT. Tum ti tum…)

Seriously though, there clearly is a growing malware problem for Android devices. It’s nothing like as bad as the one hitting Windows desktop computers, but it’s a less safe place to be than on an iPhone or a Windows Phone.

Having been on the receiving end of abuse over virus-infected Windows computers for so many years, can you really blame Microsoft for wanting to put the boot on the other foot for once?

10 comments on “Microsoft wants to hear about your Android malware problems.. so it can promote Windows Phones”