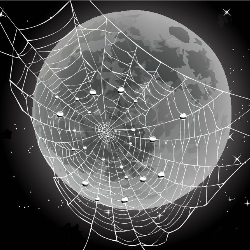 There is a lot more to the web than that which immediately meets the eye.

In fact, the “visible” layer of the web that you and I can easily access via popular search engines is only part of the story.

Hidden on the net is online content which is not so easily accessed, known as the Deepnet (also sometimes called Darknet, the Deep Web or Hidden Web).

Whilst a lot of this content consists merely of websites not indexed by search engines and only accessed by a handful of people, some parts of it are hidden a lot deeper.

A part of the Deepnet is accessed through the anonymity network known as Tor.

Originally sponsored by the US Naval Research Laboratory when released in 2002, Tor is widely used around the world for protecting anonymity online.

Visiting a website through Tor re-routes your connection through a randomised path of other Tor users’ computers before reaching the target web server, effectively hiding your originating location from that server. But why all the cloak and daggers?

It may not be surprising to hear that, whilst Tor is used for many legitimate or moral purposes, this part of the internet is also home to a wide range of criminality and illegal content.

Unlike normal websites, these pages on the Deepnet do not have friendly URLs.

Instead, a seemingly random string of characters followed by “.onion” provides access to these hidden websites. Deepnet pages such as “The Hidden Wiki” provide listings of these URLs to facilitate use of the Deepnet.

Here is a selection of websites listed:

The really scary thing is that this is just scratching the surface of the illegal activity and content traversing the Deepnet. The deeper you start to dive into websites – whose .onion address is perhaps only known to a select group of people – the darker the content becomes.

There has been much speculation as to how good Tor actually is at making your online activities anonymous. We have previously seen how a Tor-hidden online narcotics store was brought down by authorities, and yet also how Tor has stymied a FBI child abuse investigation.

The time and effort required by law enforcement agents to track nefarious Tor users (even when possible) is infeasible.

Tor “end nodes”, the computers that are the ends of the randomly chosen path across the globe that Tor traffic takes, could be in any country.

In addition, it’s most likely that the owners of computers acting as end nodes for Tor traffic have no idea of what criminal traffic is passing through their machines.

Politicians and governments might like to believe that they are able to police the internet, but the difficulty of actually enforcing online legislation approaches impossibility when well defined sovereign borders no long exist.

Some are not willing to wait and subsequently let crime go unchallenged.

In October last year, Anonymous controversially took matters into its own hands by taking down alleged child pornography websites, including Lolita City, as part of Operation Darknet. Vigilantism aside, the existence of the Deepnet poses a bigger question: what is the cost of online anonymity to society?

The concept of human rights gets a bit confused in an online setting. In fact some people say the human rights framework isn’t applicable to online phenomenon and moral philosophy should be considered instead for deeming what is right and wrong.

Certainly, Tor has many moral uses. The Tor Project enables freedom of speech to those living under oppressive regimes and protects human rights activists working overseas from prosecution.

Tor is a powerful tool for the well-intended and the nefarious alike.

It simultaneously provides malware authors clever methods for hiding their malicious command-and-control servers from those trying to shut them down, as well as aiding malware analysts in their research.

It is common for malware authors to blacklist traffic from known anti-virus vendor IP addresses, so researchers often use Tor to overcome this.

Balancing the ethical and moral uses of anonymity networks against the opportunity for abuse by criminals poses the question, should users be allowed to be anonymous online?

Let us know your views by taking our quick poll.

24 comments on “Tor and the Deepnet: What price does society pay for anonymity?”