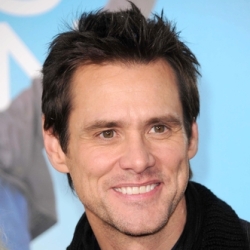 Messages have spread across social networks today claiming that film actor Jim Carrey has been killed in a snowboarding accident.

Fans of the actor have been tweeting how sad they are to hear the news, and sharing links on sites like Facebook to a news report about the film star’s death.

However, the news story is baloney – and anyone who spreads the link has been duped by a new variant of a hoax that we have seen many times before.

Yes, if you click on the link you do see what appears to be a breaking news story about Jim Carrey’s death.

But no, the story is not true. Actor Jim Carrey is reported to have died shortly after a snowboard accident earlier today - December 12, 2012.

The actor & novice snowboarder was vacationing at the Zermatt ski resort in Zermatt, Switzerland with family and friends. Witnesses indicate that Jim Carrey lost control of his snowboard and struck a tree at a high rate of speed.

Jim Carrey was air lifted by ski patrol teams to a local hospital, however, it is believed that the actor died instantly from the impact of the crash. The actor was wearing a helmet at the time of the accident and drugs and alcohol do not appear to have played any part in his death.

Remember almost two years ago, when a similar message spread claiming that actor Christian Slater had died in a snowboarding accident? Strangely enough, that was said to have happened in Zermatt too.

The truth, of course, is that neither Jim Carrey nor Christian Slater are dead.

And Tom Cruise is alive and kicking.

Adam Ant, the 1980s pop star? He’s alive too, and didn’t come to a sticky end on a jetski – despite what you may have read on the internet.

Oh, and Johnny Depp hasn’t died in a car crash, and that’s also true for Emma Watson and Kanye West too. Of course, the huge number of people sharing the link won’t have done any harm at all for the website – which presumably is earning revenue from the adverts plastered alongside its fictional news report.

Stay safe people – and check the legitimate news websites for breaking news, rather than believing everything you read on the net.

4 comments on “Jim Carrey has NOT died in a snowboarding accident, despite what you read on the net”