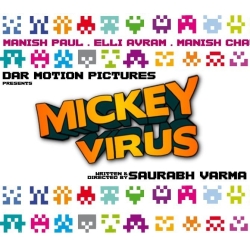 Bollywood is making what is reportedly its first venture into the world of cybercrime – with a new movie due to be released later in 2013 about hacking and computer malware. The comedy-thriller, titled “Mickey Virus”, is set in Delhi and will star TV anchorman Manish Paul in what is said to be his big screen debut. (No, we haven’t heard of him either – but he seems to be well known in India for hosting TV talent shows).

It will remain to be seen how well “Mickey Virus” represents the world of computer security. Will it do a better job than the Western TV and film shows we have seen tackling cybercrime in the past, with their bizarre ideas of what malware attacks look like, and what hacking involves?

We’ve seen real cybercrime events inspire movie plotlines before. For instance, “Subject: I love you” which appears to have been very loosely sparked by the Love Bug worm. Lets hope that “Mickey Virus” does not glamourise or trivialise hacking and malware creation too much.

I, for one, would much rather watch a movie that portrays the guys who help keep the internet safe as heroes rather than yet another film that portrays nerds eating pizza in their bedroom at 2am as geniuses.

As everyone has surely guessed, the guys and gals in SophosLabs are pretty mean dancers, putting malicious hackers to shame on the disco floor with their smooth moves.

If Bollywood wants us to do a number, you know where to find us.