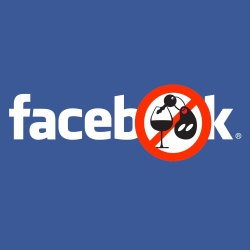 I’ve warned plenty of times via the pages of Naked Security about the dangers of sharing too much information about your private life on Facebook.

One person who clearly isn’t a regular reader of our site is Jacob Cox-Brown of Astoria, Oregon, who was making his way around town at approximately 1am on New Year’s Day when his car crashed into another vehicle causing significant damage to its taillight, bumper and further damage to another car parked in front.

18-year-old Cox-Brown was clearly in a rush to get home, as he didn’t stop his car – but went home to post the following message on Facebook instead:

Drivin drunk... classsic 😉 but to whoever's vehicle i hit i am sorry. 😛

1am on New Year’s Day, and Jacob Cox-Brown may already have made the dumbest Facebook post of the year. That must surely be some kind of record?

Fortunately, Cox-Brown’s posting was seen by some of his Facebook friends who were clearly alarmed by his reckless behaviour, and passed the information on to officers at the Astoria police department.

The police visited Cox-Brown’s address later in the day, and claim that they were able to match his car to evidence found at the scene of the crash.

Cox-Brown was arrested and has been charged with two counts of “Failing to Perform the Duties of a Driver” according to a press release issued by Astoria police department.

Of course, a Facebook post alone may not be enough evidence to prove that Cox-Brown was driving under the influence of alcohol, or that his vehicle was involved in a hit-and-run accident.. but it certainly appears to have given police a valuable clue as to where to focus their investigation.

I was about to say that if you’re going to drink and drive, it’s probably a good idea not to post details about it on Facebook. But then, I thought actually it probably is a good thing if you do expose your dangerous behaviour in this way to the authorities.

I’d prefer it if you just didn’t drink and drive though.

So, if you’re in the habit of breaking the law – please turn off all of the privacy on your Facebook account and tell the world about your activities. It would sure make the police’s job a bit easier.

Here’s hoping Naked Security readers have the wit to conduct themselves safely – both online and on the road.

If you want to keep up-to-date with the latest security and privacy news on Facebook, you should join the Naked Security from Sophos Facebook page, where over 200,000 members exchange information about the latest threats.