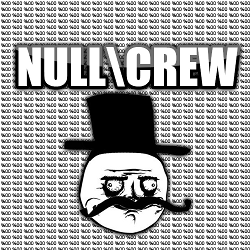 Hacktivist group NullCrew recently announced a succesful intrusion (though intrusionette might be a better word) against a website in the DHS.GOV domain hierarchy.

DHS, of course, is the United States Department of Homeland Security.

The intrusionetted site was studyinthestates.dhs.gov, intended to help foreigners find out if and how they might be able to study at US schools, colleges and universities.

It looks as though the site was vulnerable to what’s known as a directory traversal vulnerability.

That’s where you construct a URL that persuades the server to navigate to a part of the web server you aren’t supposed to be able to access, and to retrieve content from there.

Imagine, for example, that your webserver hosts a file that is available via the URL http://example.org/private.dat, but to logged-in users only.

If the server were to see an unauthorised GET request for /private.dat, you’d expect it to deny the request.

But your server needs to be careful that it doesn’t let itself get tricked, for example by a request to retrieve a file such as /subdir/../private.dat instead.

If you start examining the filename from the left, it doesn’t look like a file in the root directory, because there’s a directory name (/subdir/) first. But the ensuing ../, which denotes “parent directory to the one I am in at the moment”, leaps back up one level, thus cancelling out the initial step downwards into subdir.

Filenames with paths that lead upwards in your filing system are always a risk. By climbing upwards, an attacker may be able to wander “up-and-over-and-down” into otherwise-forbidden parts of your web server’s directory tree.

In really bad cases, attackers might even be able to hoist themselves out of your web server’s directory tree altogether, and into the rest of the filing system.

Poor handling of upward-leading filenames seems to have been what was wrong on the Study in the States website.

It looks as though a PHP script responsible for a download repository was incautious in its argument handling. A URL of the sort:

This, it seems, caused the ill-configured download script to navigate upwards in the web server’s directory tree, retrieving from the inside a file that would have been blocked if it had been downloaded directly from the outside.

The fault seems to have been patched now, but if NullCrew are to be believed (and let’s assume they are), this hole was used to fetch the WordPress configuration file, apparently including the backend database location and password. This configuration file was then published on a publicly-available drop site.

Sadly, if the HTTP headers returned by the Study in the States website are telling the truth, there’s still some more patching to be done.

Why not use this as a call to action for your own web servers in 2013?

A quick look at your web server logs will almost certainly reveal a large number of (probably automated) attacks based on weird-looking URLs that the attacker hopes will sneak past your defences.

It’s not a matter of if, or even of when, you might get attacked. If you’re inviting inbound web requests, you’re already under attack!

Running a web server at home?

Why not try out the free Sophos UTM Home Edition?

You get web and email filtering, web application firewall, IPS, VPN and more for up to 50 IP addresses. You can also protect up to 12 Windows PCs on your network with Sophos Anti-Virus!