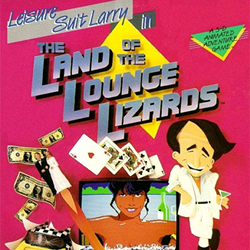 New York trombonist Nadav Nirenberg is nothing if not a story-teller of the first water.

After leaving his mobile phone in a taxi on the way to a gig on New Year’s Eve (Nirenberg claims), he soon noticed that whoever picked it up had logged in a dating site account he no longer uses (Nirenberg assures us), and was looking for love.

In a story that could have come straight out of Leisure Suit Larry in the Land of the Lounge Lizards (and probably would have, if only the world-wide web had existed back in 1987), Nirenberg says that he decided to get even.

So he knocked up a fake female profile in the name of Jennifer Gonzalez, and replied to his imposter to say, “Sure, I’d love to go out with you. Even though you’ve already told me you’re not the bloke whose photo appears in the profile, but rather a friend using someone else’s account, yeah, sure, here’s my address. Stop on by and we’ll hit the town.” (Or words to that effect.)

True enough (Nirenberg says), the imposter showed up, dressed for a night out, with a bottle of wine and in a fug of cologne.

Whereupon our cool-thinking brass player snuck up behind our wannabe Leisure Suit Larry with $20 and a hammer in his hand (a strange choice of weapon, but not used threateningly, Nirenberg takes pains to point out) and calmly bought his phone back from Jennifer’s now greatly-surprised (and no doubt deeply disappointed) suitor.

In some ways, a happy ending for everyone. Nirenberg got his phone back just in time to land a short-notice gig on New Year’s Day, and followed that up with fifteen metaphorical minutes of fame in media outlets around the world. Larry won’t be reported to the police (Nirenberg says). Jennifer avoided a dubious night out. All thanks to the magic of online dating.

The only person who didn’t get a say in all of this was the girl (as Nirenberg refers to her) whose picture was borrowed for the fake profile.

Once again, truth is stranger than fiction. Unless, of course, there isn’t any truth in it at all. In that case, it remains an amusing story.

Except for the bit about appropriating someone else’s photo. No matter how harmless that might seem in retrospect, please don’t embroil anyone else’s identity or personal information in any online trick or trap you might want to spring. Nirenberg himself expresses surprise at just how quickly his fake persona attracted replies, even posting a screenshot of JennifferInBK‘s inbox to prove his point.

No matter how harmless this might seem in retrospect, there’s nothing that the real Jennifer can now do to disentangle her visage from all that attention. That’s hardly fair, is it? Take the fear out of losing your Android phone with our free Android Security App.

• Lets you remotely lock or wipe a lost or stolen device

• Gives you advice to improve your security settings

7 comments on “Man pretends to be woman on internet, recovers lost phone in double-quick time”