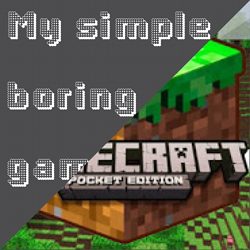 Apple announced today, in a short-and-sweet announcement in its developer news feed, that the bait-and-switch of software screenshots in the App Store will no longer be allowed.

Cupertino’s finest didn’t actually use the words “bait-and-switch”, of course. They said:

Beginning January 9, app screenshots will be locked in iTunes Connect once your app has been approved. New screenshots may be uploaded when you submit a binary for an update to an existing app or a new app.

The iTunes Connect service lets you promote and distribute your wares on iTunes, the App Store, the iBookstore, and the Mac App Store.

Bait-and-switch, where you are lured into a {shop, club, wine bar, website, online competition} with promises of great value, only to find yourself getting leaned on to buy something completely different, is nothing new in Apple’s universe.

Websites offering free or cheap iPads and iPhones that quickly morph into online surveys, or into signup screens for expensive SMS services, are commonplace.

But switching out an actual application in the iOS world is much harder, because Apple vets each app first, then digitally signs it, and only then makes it available for download.

Nevertheless, you can still run a scam, even with vetted and digitally signed apps.

Produce a legitimate, uncontroversial but not terribly interesting app – something you can do quickly and inexpensively – and get Apple to approve it for sale in the App Store at a modest cost. Then do a bait-and-switch not of the app itself, but of your promotional material, dropping in a screenshot from a well-known or highly professional app to make your software look like great value for money.

Fleece the first few purchasers (and “a few” by App Store standards could be hundreds, thousands, or more) until someone reports you and your app gets the boot.

Macrumors has documented a number of scams in this vein, with game brands from Nintendo (Pokemon) and Notch Development (Minecraft) being used as bait.

Looks like this particular bait-and-switch game is up. Good.

One wonders why Apple, a company that is so punctilious about the actual software it lets into the App Store, hasn’t enforced a corresponding precision in App Store advertising all along.

But, hey, better late than never.