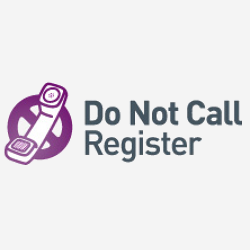 It was a breach of the law serious enough to attract a $110,000 fine, but you still have to laugh.

I’ll tolerate cold callers once each, simply in order to explain to them how little I want them to call again. But until the Australian Do Not Call Register (DNCR) was mandated by an Act of federal parliament, it simply never made any difference to try to opt out, at least for me.

If ever I received one cold call from a telemarketing company, I’d soon get another, and so (as far as I could tell) ad infinitum, regardless of what I said or did to discourage them from calling again.

However, since the DNCR started operating about five years ago, I’ve been blissfully untroubled.

Naturally, I resent that I had to opt out at all, no matter how much liveliness the telemarketers claim to inject into the marketplace, and no matter how strongly they protest that an opt-in model would act as a damper to the economy.

→ That’s the same sort of argument you’ll hear against opt-in from web retailers, social networking companies, SEO experts, and many others around the world. It’s the sort of argument that resulted in the hideous HTTP compromise known as Do Not Track. You’ll even hear that opt-in would stifle innovation, as though bombarding prospective customers with “buy pressure” they didn’t ask for, and very probably don’t want, could be considered innovation in the first place. Don’t buy it. Keep the faith, and keep up the pressure, that we can make ours an opt-in world.

Anyway, once you’re on it, the Australian DNC Register really does seem to work, at least in my experience. And opting out once is better than having to opt out over and over again.

So I very definitely laughed at the irony of the DNCR operator (or, more precisely, another division of the same company) breaching the very regulations it is paid to police.

Interestingly, the customers on behalf of whom the unwanted calls were made were from the energy industry – the very sector that used to get my goat the most before I put myself on the DNC Register and achieved some rest.

Maybe the customers of infringing telemarketers should be made to share the liability in cases like this, whether for voice, SMS or email intransigence?

That way they might put more pressure on their cold-call contractors to play by the rules….

8 comments on “Telephonic irony – “Hello, this is the Do Not Call Register calling””