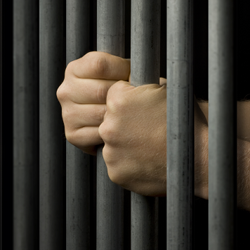 Whenever talk turns to prison time for cybercrime, the fur of public opinion starts to fly.

Back in 2005, for example, a youthful Andrew Harvey and Jordan Bradley of self-styled UK cybercrime gang Thr34t Krew were sentenced for offences related to malware.

We conducted a survey in which 86% of our respondents felt they should have been dealt with more harshly.

On the other side of the Atlantic, in 2006, 21-year old Jeanson James Ancheta was sentenced for running a botnet of 400,000 PCs. He got 57 months (almost five years); 60% of people we surveyed thought he should have got more.

Take the malware out of the loop, though, and opinions on the punishment of cybercrime, and even what constitutes cybercrime, seem to soften.

Infamous UK hacker Gary McKinnon fought tooth and nail for ten years to evade extradition to the US, even after admitting he broke into computers belonging to NASA and the US Department of Defense. By 2009, that ratio dropped had dramatically, with just 29% saying he ought to face the music, even though his guilt was not in doubt.

Celebrity muso Sting went so far as to say that McKinnon’s plight was “a travesty of human rights,” despite McKinnon having admitted the charges on which he faced prosecution.

In the end, McKinnon got the outcome he wanted and was let off scot-free (if you ignore the ten years of fear, uncertainty and legal expense he put himself through to stay clear of the US). He won’t be extradited and he won’t be charged in the UK.

Not all crooks are that fortunate.

We wrote about the hapless Kariem McFarlin last year, a criminal who might have kept further ahead of the law if he had been a bit more cybersavvy.

He’s the chap who lost his job, began to run out of money and decided to start helping himself to other people’s stuff from unoccupied houses around San Francisco.

One burglary job saw him pinching goods from an apparently-empty house belonging to the widow of the late Steve Jobs. This haul famously included a wallet loaded with Jobs’s official annual salary: $1.

McFarlin also made off with the Jobsian iPad (a full-sized model, naturally, not one of those new-fangled minis). Sadly for our crook, call-home tracking software on the device dobbed him in to the cops as soon as he turned it on.

McFarlin pleaded guilty, under an agreement limiting his maximum sentence to about half of the sixteen-year stretch he might theoretically have got if he’d fought the case and lost.

Earlier this week, he found out his tariff, which saw him put away for seven years. Apparently he’ll get out after half of that time if he doesn’t misbehave while he’s inside.

(He didn’t steal just from Laurene Powell Jobs’s house. He was nicked for a series of burglaries across the greater San Francisco area.)

So, to those who say that cybercriminals get hard done by, with “real” crooks often getting lower sentences for “real-world” crimes, McFarlin could be considered an exception that disproves your rule.

Five years for a botnet of 400,000 PCs, used to make money through unauthorised software installs, and by renting it out to other crooks to use as they pleased. Seven years for stealing from numerous houses, including $60,000 of gear from Chez Jobs. (Those goods were returned.)

Are these fair sentences? Should cybercrimes attract the same sort of penalties as physically-present offences?