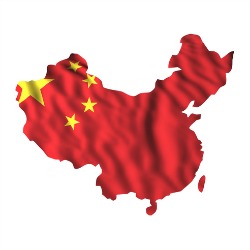 The New York Times has reported that for the last four months Chinese hackers have been infiltrating its networks, broken into the email accounts of senior staff, stolen the corporate passwords for every Times employee and used those to gain access to the personal computers of 53 employees. According to the report, the first attack came in mid-September 2012 as the newspaper prepared to publish an investigation into the family of Chinese prime minister Wen Jiabao, who are said to have accumulated billions of dollars through business dealings.

Malware was planted on users’ computers which opened backdoors for the hackers to gain remote access to connected systems – including a domain controller that contained usernames and hashed passwords for all of the New York Times’ employees.

The hackers were said to have broken into the email accounts of Shanghai bureau chief David Barboza – the reporter who had written the reports of Wen’s relatives – and Jim Yardley, who previously worked as the paper’s bureau chief in Beijing.

However, Jill Abramson, executive editor of the New York Times, was quoted as saying that experts had found “no evidence that sensitive emails or files from the reporting of our articles about the Wen family were accessed, downloaded or copied”.

Of course, no evidence doesn’t mean that such information definitely wasn’t taken. After all, the hackers might have been able to cover their tracks if stealing such sensitive information.

You can understand why people who might have provided information for the investigation into Wen Jiabao’s family would want to be reassured that their identities had not been revealed to whoever was behind the hack. However, the newspaper is adamant that David Barboza’s research into the family’s business interests was based on public records.

In all, 45 custom-written malware samples are said to have been found on the network. Security experts brought in by the newspaper have pointed the finger of blame at China. And, in all likelihood, they’re right.

However, it must be remembered that it is extremely difficult to prove who is behind an internet attack like this. That’s because it’s so easy to use compromised computers around the world to route attacks through – disguising the true origin.

Of course, even if China is identified as the starting point of an attack – it doesn’t necessarily prove that it the operation is backed by the Chinese government or intelligence services. It could just as easily be a patriotic group of skilled, independent Chinese hackers upset with how the Western media is portraying their country’s rulers.

But let’s not be too naive… In all probability, the New York Times’s conclusion is correct, and this attack was sanctioned by the powers that be in Beijing.