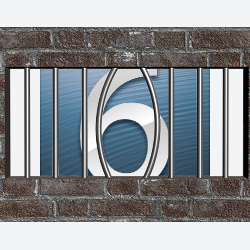 The cat-and-mouse game between Apple and its diehard technical fans continues.

Apple released its latest mobile operating system version, iOS 6.1, on Monday. By all accounts, customers haven’t been shy in applying the update.

Not to be outdone, a process for jailbreaking iOS 6.1 was announced the same day.

Jailbreaking is where you remove some or all of the artificial restrictions that make iOS a closed platform. In particular, a jailbroken device no longer limits you to software from Apple’s own App Store.

App Store software is very strictly regulated. Notably, it can’t do anything that adds functionality into the operating system itself, and all updates have to go back through the strict approval process.

So, no kernel drivers, and thus no third-party security software of the anti-virus, HIPS or behaviour blocking sort.

One argument against jailbreaking is that keeping your phone “jailed” greatly reduces the risk of of malware infection. The prevalence of malware on the much more open Android platform is held up as evidence that an unregulated software marketplace comes at a price.

One argument for jailbreaking is that, hey, it’s your device, so why should Apple get not only to choose what software you’re allowed, but also to take a cut of 30% on every paid app?

The malware argument is an interesting one, because the only known in-the-wild iOS infections have required jailbroken devices. So jailbreaking must increase risk.

But there have only been two known in-the-wild iOS infections, Ikee and Duh. So jailbreaking doesn’t increase risk much.

Anyway, the App Store isn’t a security guarantee. For example, App Store software called Find and Call stirred controversy last year when it was labelled malware by some observers.

Our own Vanja Svajcer disagreed with the tag malware on strict semantic grounds, but nevertheless chided the app as insecure and careless about its customers’ privacy, satirically criticising its functionality as “pretty ugly behaviour”: In short, jailbreaking isn’t desperately risky and unconscionable, and in many, if not most, jursidictions, it’s perfectly legal.

Your IT manager probably won’t allow it, and it’s hard to complain about that, at least for devices on which work data is processed and files stored. You almost certainly don’t need a jailbreak in order to do your job properly, so it represents a needless additional risk.

But if you want to try it on your own iOS 6.1 device, the choice is yours.

You can also only manage what’s called a tethered jailbreak at the moment. That’s where you have to plug the device in (that’s the tether) every time you reboot it. If the device reboots while you’re away from your computer, you’re sunk because few, if any, apps will work.

Word on the street is that an untethered, or persistent, jailbreak is due this Sunday, for those who are willing or have to wait.

Jailbreaking is a minority pastime, but nevertheless a popular one, at least with Naked Security cognoscenti.

In recent polls about jailbreaking on the new Windows RT platform and on iOS, our readers voted overwhelmingly in favour: Personally, I think that Apple would win more friends than it would lose by officially tolerating jailbreaking.

I admit it’s unlikely that Apple will ever do that, but then again, at one time it seemed more than merely unlikely that there would ever be an iPad mini…