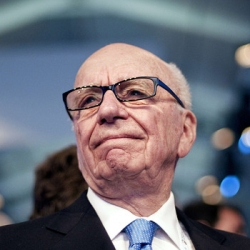 Rupert Murdoch, the media mogul whose newspaper empire includes the Wall Street Journal, posted on Twitter earlier today that his newspaper was still suffering at the hands of hackers.

Murdoch has waded into the developing news story about the high profile hacks, which were revealed to the world by the New York Times when it admitted that its servers had been infiltrated by hackers for four months, stealing employee passwords.

Murdoch’s seven word tweet claims that the hacks against his own companies are still going on.

Chinese still hacking us, or were over weekend.

In a column published on Sunday, entitled “Barbarians at the Digital Gate”, the Wall Street Journal shared some details of the attack against its systems, and didn’t beat around the bush regarding what it felt about the hackers:

"Specifically, the email accounts of under two dozen Journal editors, reporters and editorial writers have been hacked for months and maybe longer by the Chinese government. The hackers entered our systems and sought to monitor our China coverage. We identified the hacking last year and have taken steps to prevent it. The attack parallels similar Chinese infiltration of the New York Times, which believes the cyber-espionage originated with a Chinese military unit, as well as a hacking attempt last year against Bloomberg News."

"Whatever else the Chinese thought they were doing by hacking us, they didn't stop the publication of a single article. Now they have only magnified their embarrassment, as their intrusion was eventually bound to be detected and publicized. Perhaps they will now try to deny us travel visas, harass our journalists or otherwise interfere with our business in China."

"Meantime, we read that the FBI is investigating China's media hacking and treating it as a national security issue. It's also a plain-old crime, undertaken by a government that fancies itself the world's next superpower but acts like a giant thievery corporation."

Quite what Chinese hackers might have done to upset Rupert Murdoch over the weekend isn’t made clear, and – frustratingly – he doesn’t share any details as to how the Wall Street Journal has positively identified that the hackers are Chinese.

I think it’s very hard for anyone to prove that China was behind these hacks (although lets not be naïve, they probably were).

China has, of course, denied involvement. That’s easy for them to do, as the origin of a particular hack is very difficult to prove. Hackers can bounce their attacks from computer to computer, leapfrogging around the world, hiding their origin.

Even if an attack is tracked back to a Chinese computer – who is to say that it’s not been hijacked by a hacker in, say, El Salvador? These are important considerations to take into account before pointing the finger of blame at particular countries for a hacking attack.

The complexities of attribution don’t make for easy media headlines, but are important for the general public to understand – especially when some countries appear to be gearing up for pre-emptive internet attacks against perceived aggressors.