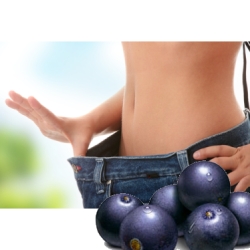 Have you seen this online news report about the miraculous Acai Berry diet?

You may have seen it on a site like “News 6 News Alerts,” “Health News Health Alerts,” or “Health 5 Beat Health News”. Maybe you got to the webpage after clicking on a link shared by a friend on Twitter, who says they have lost a shed load of weight by following the diet?

Of course, the website is a fake (it’s just pretending to be a legitimate news source) and your friend didn’t tweet out that message – their account has been compromised by spammers.

Time and time again, spammers have compromised Twitter accounts, including those belonging to Hyatt Hotels and NHS Direct, exploiting them to spread fake endorsements of using colon cleansers and following an Acai Berry diet to lose weight.

Sadly such scams have become so common that the Acai Berry “news” site has become very familiar to all of the experts at SophosLabs (clearly the spammers never felt the need to revamp the look-and-feel of their bogus media outlet).

The good news is that the authorities are just as fed up as the rest of us with the illegal and deceptive practices of those hawking the diet pills.

The Federal Trade Commission has just announced that a company behind the bogus news websites has agreed to pay more than $1.6 million in settlements, permanently halting its operations.

Beony International, its owner Mario Milanovic, and employee Cody Adams, were each stung with a $13 million judgment. However, unless the FTC determines they lied about their finances, they may only have to pay over $1.6 million and sell a 2008 Porsche to settle with the authorities.

This is the latest settlement in the FTC’s action against Acai Berry scammers, including a $2 million penalty leveled against a Florida-based affiliate advertising network last year.