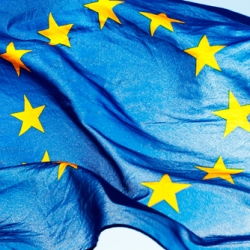 The European Commission on Wednesday launched a proposal for a new cybersecurity strategy with good intentions and great fuzziness, as some dissatisfied infosec professionals see it.

The EC worked with the High Representative of the Union for Foreign Affairs and Security Policy on the new strategy, which it paired with a proposed directive on how to implement it.

The directive calls for each EU member state to set up Computer Emergency Response Teams (CERTs) to handle hacking and malware crises.

It also outlines blueprints for dealing with major incidents and puts the pressure on private companies in various vertical sectors, such as banking, to be less shy about reporting major breaches.

TechCrunch has embedded the directive proposal here. An FAQ is located here.

Here are the directive’s main points, paired with explanations of why they miss the mark, courtesy of Sophos’s James Lyne:

The EC has noted that the proposal is intended to provide direction and not be specific with regards to implementation.

He points to breach notification as a case in point:

"A comment made alongside the release says that 'as breaches are so normal they should not be alarming... to report'. This is tragically misguided, as attacks such as those against Sony have demonstrated. A private scheme of breach notification to build authority visibility to efficiently tackle security issues could be helpful."

"However, moving from the present scheme of information asymmetry (where organisations often hide their breaches) to greater transparency could work against recent work to create trust and cause concern and economic damage. This is an area that needs to be revisited and needs a clearer outline of the objectives and implementation."

Anderson believes that the proposed directive must be rewritten so as to loop back in those in a position to "push back on crime", including the police, network service providers, CERTs, researchers, online service firms, software vendors and security companies.

Lyne, for his part, is glad to see attention being paid to fighting cybercrime and to ensuring collaboration across member states.

It was a nice try, he says, but more clarity on objectives and more specifics on implementation are needed.