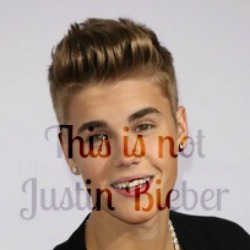 <RANT> Some word mash-ups – like chillax or brunch – just work. Some don’t. “Sextortion”, used in this recent FBI press release and many press clippings, should be wiped out of use. I’d argue that blending these two words somehow serves to trivialise a really sick crime: the sexual blackmail and extortion of children. </RANT>

The FBI has published some tips to help young people avoid sexual blackmail and extortion via social media sites. This is in response to an increased number of sexual blackmailers harassing and terrorising young girls online.

This follows a number of arrests, including the nabbing of a 27-year-old man, whom the FBI claim hacked the accounts of Facebook users and coerced hundreds of women into stripping while he watched via Skype.

A typical modus operandi, according to the FBI, is as follows:

A perpetrator, adopting a false identity (such as that of teenybopper starlet Justin Bieber), contacts a girl on a site such as Facebook, gains her trust, extracts intimate details, and then threatens to share their exchange “if she doesn’t assent to escalating demands for sexually explicit pictures or videos”.

The FBI advice is as follows:

Now this advice is sound, but I am not sure it will resonnate with a young girl who thinks she is the one chosen by a modern-day David Cassidy to share all things intimate.

I would add the following, perhaps more brutal, tips: This advice times in well with Tuesday’s Safer Internet Day, when it was revealed that a whopping 86% of 7-11 year-olds and 96% of 11-19 year-olds are communicating online.