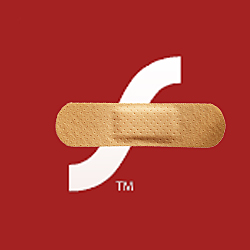 How many times has Adobe Flash had to be updated on your computer with a new security patch?

Probably more times than you can count, right?

Well, let me make the question easier. How many times has Adobe Flash had to be updated on your computer this month?

The (perhaps surprising) answer is three. And let’s not forget that February is the shortest month of the year.

Adobe has published a security bulletin telling users that they need to patch their Flash installations once again (the security updates issued previously on February 7th and February 12th aren’t sufficient) to protect themselves against “targeted attacks” that are being “exploited in the wild”.

Once again, the vulnerability isn’t fussed about what operating system you run on your computer – so Windows, OS X and Linux users are all potentially in the firing line.

Here is the executive summary from Adobe:

More information, and a series of links to downloads (if your installation does not grab the update automatically), is available in Adobe Security Bulletin APSB-1308.

If you run Chrome or Internet Explorer 10 for Windows 8, then you should be automagically running the latest version of Adobe Flash. Similarly, if you have told Adobe Flash to automatically keep itself up-to-date you should be updated shortly.