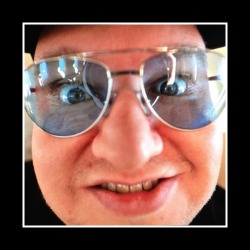 The Kim Dotcom saga took yet another turn today.

The New Zealand Court of Appeal knocked back one of the big fella’s earlier minivictories again US law enforcers.

You probably don’t need reminding, but the sequence goes something like this:

Now add to that:

This appeal now looks set to lead to an appeal against the appeal, with the next step to be along these lines:

Who knows where all this will lead?

Dotcom’s Megaupload service was killed off, seemingly for ever, by the original arrests.

There doesn’t seem to be any doubt that Megaupload was a hotbed of piracy, just doubt over the criminal liability of Dotcom and his fellow corporate officers for the content they enabled their users to share by means of the service.

On the anniversary of his arrest, the media-savvy Dotcom launched a son-of-Megaupload service known as Mega.

Mega uses public key cryptography in your browser so that Dotcom and his colleagues don’t, and in theory can’t, know what you’re uploading.

The cryptographic system in the new Mega service also means that, since only the original uploader knows what’s what, any sharing must be the fault (or the intent) of that user, who would need to pass on the decryption key of his own accord.

Indeed, Mega now brands itself as “the privacy company.”

Will the effort put into making Mega lawsuit-safe against the owners make them look better in the Megaupload court action? (“See, we really do care about intellectual property after all.”)

Or will they look worse? (“See, we clearly didn’t care before or we’d have done this earlier.”)