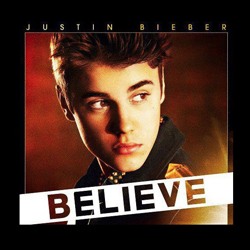 Before you start sobbing, let me tell you the good news.

Phew! I’m sure we’re all relieved about that. Not least Mister Bieber himself.

But what if you had heard on the grapevine that the pint-sized heart-throb had come to a grisly end? How would you have confirmed the news?

Chances are, these days, that you might have Googled for an appropriate phrase like “bieber dies in car crash”. And look what the very first search result is:

If you were to click on that link you would be taken to what appears, at first glance, to be a legitimate news website: However, if you are a long term reader of Naked Security there should be enough here to ring some alarm bells. Doesn’t it remind you of the Global Associated “news” story from earlier this year about the death in a car crash of Pet Shop Boys star Neil Tennant?

Funnily enough that appears to have happened on entirely the same stretch of road – “Route 80 between Morristown and Roswell”.

Past bogus death reports have involved the likes of deaths of Adam Ant, Jim Carrey, Christian Slater, Vanilla Ice, Tom Cruise amongst many others…

The truth is that somewhat tasteless websites exist which allow anyone to automagically generate a fake news story about a death in a car crash. Simply changing the link changes the name of the victim.

Before you know it, internet users are unwittingly forwarding the message without checking their facts, and the tasteless website is earning itself some cash from all of the new traffic seeing its adverts.

Sadly, careless Facebook users are re-sharing this bogus story of Justin Bieber’s death to all and sundry, keeping the hoax alive and helping drive traffic to a website that thinks it is clever to play such sick pranks. Get your real news from real news websites. Don’t trust Google or your Facebook friends, as they may be sharing links and stories that simply aren’t true.

7 comments on “Has Justin Bieber died in a car crash? No. But that doesn’t stop Facebook users spreading the “news””