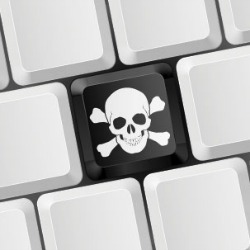 With the new “six strikes” piracy alert system, Comcast plans to hijack offenders’ browsers, Cablevision will suspend subscribers for 24 hours after a fifth offense, and other ISPs are looking at throttling infringers’ connections down to a crawl.

Here’s how the alert system will work, according to a post from CCI Executive Director Jill Lesser that went up on Monday:

"Our content partners will begin sending notices of alleged P2P copyright infringement to ISPs, and the ISPs will begin forwarding those notices in the form of Copyright Alerts to consumers."

The CCI is scrupulously avoiding sounding punitive, insisting that “Most consumers will never receive Alerts under the program.” Lesser adds that the alerts sent out are meant “to educate rather than punish.”

If you’d like a preview of the alerts, you can eyeball them at Ars Technica.

For those people who think they’ve erroneously received alerts, the CCI promises an easy to use process to seek independent review.

Yea, well, good luck with that, some say, pointing to past performance as indicative of future results.

Speederk, a commenter on Ars Technica’s coverage, had this to say about the futility of engaging Comcast in a two-way conversation:

"If future results are based on past performance of theirs when trying to get a blacklisted IP address removed from their Network Abuse group back in [New Jersey], every time you call you will be prompted to leave a message and someone will [maybe] call you back promptly never. I know as I used to work for them in a … [technician's] role where I had to work with the poor souls standing in the customers house trying to get their service restored."

The alerts get cranked out generally after four copyright offenses, at which time the following so-called “Mitigation Measures” [PDF] might kick in:

According to Wired, the crackdown doesn’t (yet) cover cyberlockers, e-mail attachments, shared Dropbox folders and other ways that might infringe copyright law.

As Ars Technica outlines, the system appears broken from the outset, in that the CAS alerts lack context or true educational content.

In addition, a tech law professor at the University of Arizona quoted by Ars Technica, Derek Bambauer, points out that the alert system fails to define what is “improper” use of copyrighted work:

"Making a fair use of a copyrighted work is not infringement. Thus, even if I download an entire copy, if it's fair use, I am not an infringer - and yet, the private law of six strikes treats me as one."

Bambauer, in conjunction with the American Civil Liberties Union, has submitted Freedom of Information Act requests to learn more about the creation of the six strikes program.

He told Ars that six strikes is “fundamentally flawed” and that users never had a say in its conception. Rather, it’s a creation of content owners and ISPs, for whom defense of free speech is not exactly what you might call a major motivation.

Bambauer and Chris Soghoian, a policy analyst at the ACLU, have brought charges against the Obama Administration’s Office of Management and Budget in an attempt to squeeze out more information on the system.

Thanks are due, as always, to those such as Bambauer and Soghoian who fight on behalf of free speech and consumer rights.