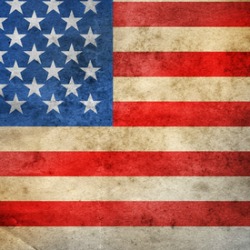 The recent majority of spam may not be ‘MADE IN AMERICA’ but it is getting pushed through American computers.

According to the latest stats from SophosLabs, the USA is back on top as the world’s leading spam-relaying country. In the last three months, almost one fifth of all global spam has come from computers in the Land of the Free.

The so-called “Dirty Dozen” of top spam relayers has a few changes from the last time we reported it back in October.

In the latter half of 2012, India had been leading the way but has now fallen back to third, with China leapfrogging into second place after a spell in the lower half of the list.

After the top two, the spammers are distributing their activities fairly evenly across the rest of the list.

Stepping back and looking at spam relay from a continental viewpoint we can see that Asia keeps the top spot (that it has held for some time now). But there has been a significant redistribution – note the shift from India to the US with a 12% swing from Asia to North America.

All this being said, this does not mean that the spammers themselves have migrated west – only that they’ve just recently had an easier time compromising computers in the US. So what indication might this give us about the security of American computers?

Unfortunately, when it comes to relaying spam, it is true to say that if you are not part of the solution then you are part of the problem. Leaving your computers weakly protected opens you up to attack, but also allows the spammers to use you as an outlet to pollute the internet for everyone else (and makes you – or your country – look like the bad guy). Don’t allow your computer to be a contributor to the global spam problem. Defend it with up-to-date anti-virus software, and apply application security patches promptly.

If you’re not sure what patches are, or what promptly means in this context, take a few minutes to listen to this quick and dirty Sophos Techknow podcast, and fellow bloggers Chet and Duck will get you up to speed.

Spam inbox and Wall of emails images from Shutterstock.