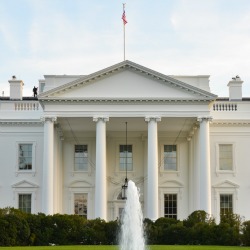 The White House agrees with the 114,000+ US citizens who signed a petition to make cell phone unlocking legal.

By golly, the administration said, why stop there? Let’s make it OK to unlock tablets, too.

Here’s part of what the government said in a response to the petition that it posted on Monday:

"The White House agrees with the 114,000+ of you who believe that consumers should be able to unlock their cell phones without risking criminal or other penalties. In fact, we believe the same principle should also apply to tablets, which are increasingly similar to smart phones. And if you have paid for your mobile device, and aren't bound by a service agreement or other obligation, you should be able to use it on another network. It's common sense, crucial for protecting consumer choice, and important for ensuring we continue to have the vibrant, competitive wireless market that delivers innovative products and solid service to meet consumers' needs."

The petition is against new regulations that make it illegal for consumers to slip past software restrictions that keep cellphones from being used on different wireless networks than the networks the phone vendor had them on to begin with.

All well and good for unlocking. Nobody in the administration is talking about the legality of jailbreaking or rooting, however.

"Some in the digital rights community have pointed out that the White House’s pro-unlocking stance neglects to defend users who want to hack their own devices in a different manner: 'Jailbreaking' or 'rooting' Apple's iPads and other tablets to install unauthorized software on them may still be illegal under the Digital Millenium Copyright Act, (DMCA) the same law that currently prevents carrier unlocking."

Where did that number – 4.6 million iPad users – come from?

Greenberg quotes Jay Freeman, the administrator of the app store for jailbroken Apple devices known as Cydia, who says that’s how many visits his software market received from jailbroken iPads in one month.

It’s a growing number, he says, driven by the release of Evasion: a new tool that removes download restrictions on the latest versions of the iPhone and iPad.

Here’s what Freeman told Greenberg about these jailbreakers, who need legal protection from the DMCA as much as those who want to unlock phones:

It's important to realize that the [White House's statement] is very narrow... We definitely need a different campaign, one that focuses on the root problem: that the DMCA’s 1201 anti-tampering clause is confusing, limiting and generally really annoying.

Here’s the recent history of the easy-come, easy-go right to unlock your cellphone in the US:

On January 26, US citizens lost the right to unlock their mobile phones.

On February 21, two days before the deadline to get enough petition signers to trigger the administration’s re-examination of an issue, 100,000 annoyed people had demanded that that right be given back. The White House says it’s going along with public opinion because it jibes with “some critical thinking” from President Obama’s chief advisory Agency on such matters, the Department of Commerce’s National Telecommunications and Information Administration (NTIA), which, the administration said, has voiced strong support for maintaining the newly expired exception to the DMCA for cell phone carrier unlocking.

The Obama Administration says it’s OK with a range of approaches for addressing the issue, including “narrow legislative fixes in the telecommunications space that make it clear: neither criminal law nor technological locks should prevent consumers from switching carriers when they are no longer bound by a service agreement or other obligation.”

The White House wants to hear a chorus of voices on the issue: the Federal Communications Commission (FCC), responsible for promoting mobile competition and innovation; the NTIA; and, hopefully, mobile providers, who should be figuring out how to ensure that their customers can “fully reap the benefits and features they expect when purchasing their devices.”

And what of the legality of rooting and jailbreaking? A petition to make it legal to jailbreak or root tablets had garnered a mere 59 signatures as of Tuesday afternoon – a tiny number dwarfed even further when compared with the number of participants in the unlocking petition.

Why the discrepancy? Forbes’s Greenberg suggests that the lack of interest may be a result of users’ feelings of invulnerability, given that nobody has, to date, been prosecuted for hacking a tablet.

But just because they haven’t gotten into legal hot water yet doesn’t mean it couldn’t happen – particularly if jailbreakers and rooters are left legally liable in the aftermath of the discussion that the White House has now engaged.

Signing the petition worked to get the issue of cellphone unlocking legality under the administration’s nose.

Why not take a minute and sign another petition – this time, to protect the legality of jailbreaking and rooting?

6 comments on “White House agrees cellphone unlocking should be allowed, but jailbreakers left in limbo”