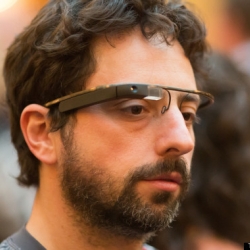 Yesterday was a challenging day for the double X-chromosomed – or, really, for anybody who doesn’t want to be spied on.

First, there was this Ars Technica piece about ratters: hackers who use remote administration tools (RATs) to gain access to (primarily) women’s webcams, files and PC microphones to steal files and surreptitiously spy on victims, whom they refer to as “girl slaves.”

Then there was this: ReadWrite’s roundup of five creepy things you’ll be able to do with Google Glass.

If you’re not yet familiar with Google’s internet-enabled head gear, ITTechWiz has a rundown of what these things will do.

Google told The Verge that it’s aiming to release Glass by the end of 2013.

While we wait, there’s time to ponder the privacy invasions Google’s glasses portends.

For one, it will be a boon to those who don’t have the technical acumen to actually hack into somebody’s computer and take it over like the ratter crowd.

As ReadWrite pointed out, Google’s device removes the social awkwardness, and obviousness, of pointing a camera or smartphone at somebody to snap their photo or grab some video of them.

Taking the phone or camera out of the equation means that stalker types can just look and snap, or leer and record, as the case may be.

Of course, it’s not only attractive women who’ll be potentially targeted by creeps. It’s could be children, or anybody, for that matter.

Google hasn’t included facial recognition for their first iteration of Glass. I tried to find thoughts from them on whether it would be included in future versions, but I came up short. Enlighten me, please, if you’ve seen such.

Given the social networking giants’ attraction to this technology up to this point, it’s hard to imagine Google will refrain from including it in the long term.

In the meantime, the Glass-clad will have the option of quietly muttering voice commands to their Android-enabled face gear so as to do a bit of Google stalking on whomever they just met.

The invasion of privacy this promises to usher in is reminiscent of “Girls Around Me,” the stalking app that tied in to Foursquare to enable users to access women’s specific location, photos, Facebook details including birthdays or relationship status or schools attended, and whatever else Facebook and Foursquare’s check-in functions had broadcast about its targets.

Thankfully, at least one business has already banned Google Glass.

The 5 Point Cafe in Seattle on Monday posted this ban:

If you’re one of the few who are planning on going out and spending your savings on Google Glasses – what will for sure be a new fad for the fanny-pack wearing never removing your bluetooth headset wearing crowd – plan on removing them before you enter The 5 Point. The 5 Point is officially a No Google Glass zone. Nicely done, 5 Point. Thank you for protecting your patrons’ privacy, particularly in your gadget-savvy city.

ZDNet’s James Kendrick predicts that when public awareness of Google Glass reaches a critical mass, and when people understand that the devices can record photos, video and audio of the wearer’s surroundings, we’ll see more such bans.

Don't be surprised if within weeks of the Google Glasses general release we start seeing bans of it cropping up all over the place.

I’d suggest that as we await the availability of what admittedly sounds like insanely fun gadgetry, outside of the scary privacy bits, you practice the same caution with regards to your privacy around Google Glass as I recommended with Girls Around Me.