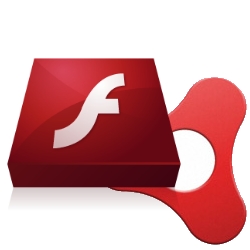 In fact, computer users should be getting used to security updates for Adobe Flash by now – after all, this is the fourth in as many weeks.

Although the security holes could, potentially, be exploited by a malicious hacker to hijack computers evidence hasn’t yet been seen that these vulnerabilities are being exploited in real-world attacks.

However, because of the growing prevalence of Flash-based malware attacks, the advice from SophosLabs is to apply these security patches as soon as possible.

In addition, a security update for Adobe AIR has also been made available – you can download that from the AIR download webpage and Adobe’s AIR SDK webpage.

It can be tricky keeping up-to-date with the latest version numbers of Adobe products, so here’s a handy chart showing you (at the time of writing!) the latest versions of Flash and AIR, to help you confirm that your systems are updated:

You can tell whether yoru computer has Flash installed, and which version you are running, by visiting a page on the Adobe website.

Users of Google Chrome and Internet Explorer 10 should find that Adobe Flash is automatically updated.