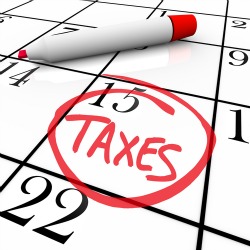 In the US, it’s spring, aka tax fraud season.

To remind taxpayers to be on the lookout for scams ranging from identity theft to return-preparer fraud, the Internal Revenue Service (IRS) on Tuesday posted its Dirty Dozen list of tax scams for 2013.

The IRS compiles the list every year. It notes that taxpayers can expect the scams any time of year, but many of the schemes peak now, during filing season.

Steven T. Miller, IRS acting commissioner, noted that scams come in many forms, so be careful with trickery over email, in person, over the phone, or even via tweet.

Don't let a scam artist steal from you or talk you into doing something you will regret later.

Here are the top scams that try to victimize us. For the full list of scams, check out the IRS’s dirty dozen. The most common scam on the IRS’s list is identity theft. Scammers use email, websites, tweets, phone calls or faxes to reach victims.

Or, more creatively still, at least in the UK, scammers in 2011 claimed to offer a refund from the utility company British Gas.

The scam deliberately avoided asking victims to go online – after all, most people know better than to input personal information into what could be a phishing site.

Instead, to claim the refund, you needed to prove your identity by faxing over a copy of your ID. You’d think that reliance on such antiquated technology as a fax machine would fail to trick most people and companies, but unfortunately, it succeeds with too many.

Once a crook has managed to swipe personal information such as name or tax payer ID, they often use it to file a fraudulent tax return and claim the refund.

To help protect us from identity thieves, and to find out what to do if you think you’ve already been victimized, the IRS provides these identity protection tips.

Bear in mind, the IRS doesn’t ask for personal or financial information by email – or by any electronic means, for that matter, whether via text messages or social media channels.

Both of the sites in question are now down, but one sample told intended victims that their “Federal Tax Regular transaction Appeal [insert phony but official-looking ID number here] recently was NOT ACCEPTED”. The message included a link to where victims could supposedly enter information to re-submit their appeal.

The other scam purportedly offered free tax forms and publications via an enclosed link.

If you receive an unsolicited message that appears to be from either the IRS or an organization closely linked to the IRS, such as the Electronic Federal Tax Payment System (EFTPS), report it by sending it to phishing@irs.gov.

The IRS says some 60 percent of taxpayers will use tax professionals to prepare their returns this year. A few bad apples are crooks, which can result in refund fraud or identity theft.

Taxpayers should only use preparers who sign the returns they prepare and enter their IRS Preparer Tax Identification Numbers (PTINs).

For more tips on choosing a preparer and for red flags about the unscrupulous ones, visit www.irs.gov/chooseataxpro. These are really despicable scams, as they prey on low-income or elderly taxpayers.

Crooks use flyers and ads for “free money” from the IRS, suggesting that the taxpayer can file a tax return with little or no documentation. They’ve been leaving these come-ons in community churches around the US.

The schemes promise refunds to people with little or no income.

The IRS says this about the scams:

They build false hopes and charge people good money for bad advice including encouraging taxpayers to make fictitious claims for refunds or rebates based on false statements of entitlement to tax credits.

For example, some promoters claim they can obtain for their victims, often senior citizens, a tax refund or nonexistent stimulus payment based on the American Opportunity Tax Credit, even if the victim was not enrolled in or paying for college. Con artists also falsely claim that refunds are available even if the victim went to school decades ago. In the end, the victims discover their claims are rejected. Meanwhile, the promoters are long gone.

Be careful. Intentional mistakes can result in a $5,000 penalty.

Unfortunately, this is only a slice of the tax scam pie.

As we noted back in January, malware posing as income tax email was already being widely spammed out.

Be vigilant, don't click on phishy links, and don't fall for official-sounding callers, texts, tweets or email. Keep an eye out particularly for friends and relatives who might not be savvy about scams.

Happy tax season, and may your refund be as fat as the robin's first worm.