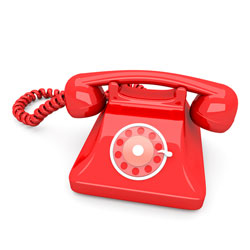 Emergency call centers in the US are suffering a rise in TDoS (telephony denial of service) attacks, according to an alert issued recently by the Department of Homeland Security (DHS) and the Federal Bureau of Investigation (FBI).

According to the alert, reposted [PDF] on security journalist Brian Krebs’s site, dozens of attacks have targeted PSAP administrative lines (not the 911 emergency line), tying up the system from receiving legitimate calls.

Air ambulance, ambulance and hospital communication lines have been targeted, in addition to various businesses and public entities, the alert goes on, including the financial sector.

The recent attacks are aimed at extortion. Here’s how they work, according to DHS and the FBI: The agencies are speculating that these businesses and emergency services in particular are being targeted because phone lines are crucial to their operations.

The current TDoS attacks are, at this point, skipping over emergency service 911 lines.

The current attacks against US emergency services, which last for intermittent time periods over several hours, are creating a deluge of calls large enough to force roll-over to alternate facilities, the FBI and DHS reported.

The attacks are sporadically re-starting over weeks or months.

While these attacks are clearly profit-motivated, past TDoS attacks have been, apparently, pranks, albeit on the malicious side.

In 2008, it was the Gladys Porter Zoo in Houston, Texas that suffered a barrage of calls after cryptic SMS text message spam was sent to thousands of people, saying things like: …and telling them to call the zoo’s number. The phone-clogging continued on into May, when the zoo eventually threw in the towel and called in the FBI to help.

Dublin Zoo suffered a similar fate around the same time, with at least 5,000 people receiving SMS text message spam that prodded them to urgently ring the zoo’s phone number and ask for a fictitious person (Rory Lion, Anna Conda, C Lion or G Raffe according to news reports such as this one from the Irish Independent).

Whether TDoS attacks are launched as pranks, as vendettas, or as extortion schemes, they serve to cripple their targets.

Zoos don’t deserve that any more than ambulance services or the like.

The stakes, however, are potentially higher when you’re talking about crippling life-saving businesses. Even if these attacks aren’t targeting 911 emergency lines, they still reflect a blatant disregard for humanity.

Please, if you can help the DHS or FBI pull the plug on these malicious schemes, fill them in on the details of any attacks that have targeted your business, and encourage your peers to do the same.

The agencies have offered these recommendations for targeted organizations: