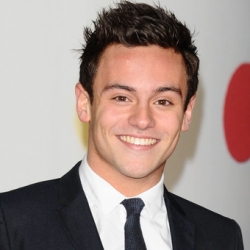 Facebook plans to charge UK users as much as £10.68 to send messages to top-tier celebrities (think Olympic gold medallist diver Tom Daley or former children’s laureate Michael Rosen) in an effort to stamp out spam.

And, well, duh, to make money.

According to The Sunday Times, Facebook has already quietly slid the charges into place for British users who want to send a message to celebrities and other people outside their circle of friends.

The social media Megatron is testing a sliding scale of fees based on how popular it deems a given person.

One step below the pricey Most Popular types are demi-gods such as Salman Rushdie, the Booker prize-winning author, as well as American rapper Snoop Dogg, either of whom will cost users £10.08 to message.

And then there are those deemed, more or less, schlubs, such as normal citizens or minor celebrities, who go for a mere 71p (which, in US pennies, is God knows what, given that online currency converters can’t be bothered to list one and probably wouldn’t bend over to pick one up).

Bargain-basement humans who can be messaged for 71p include comedienne Miranda Hart and TV documentary maker Louis Theroux, according to ITV News.

Facebook must have liked the results of its experiment with charging this type of fee when it gave it a whirl in the US in December.

"Several commentators and researchers have noted that imposing a financial cost on the sender may be the most effective way to discourage unwanted messages and facilitate delivery of messages that are relevant and useful."

At the time, TechCrunch’s Josh Constine suggested that it likely wouldn’t turn into a major source of revenue for Facebook, given that users were given a frequency cap – at least in the first trial – of one paid message per week.

Fair enough. But that was then, and this is now, and that $1 to message any stranger at all has in this incarnation ballooned into £10 a pop, or $15.

That’s some serious cash. This could be a healthy revenue stream were Facebook to lift the frequency limit. I hope Facebook doesn’t lift the frequency limit. The only people who could possibly send cartons of spam to high-priced celebrities are, likely, a bit obsessive. Hopefully, a deterrent such as high cost might curb their behavior.

More important, of course, is that with the frequency limit in place, this could be a strong deterrent for spam.

Given the low conversion rates for spam marketing, forcing spammers to pay fees to message strangers could force the meager returns to pale in comparison to the costs of messaging.

I can’t think of a downside for everyday Facebook users.

Unless you have, say, thousands of long-lost siblings to message who are outside of your circle of friends, the fee sounds like a reasonable tradeoff for cutting off a free, easy way for spammers to get to us – whether “us” constitutes gold medalists, famous musicians and artists, gold medalists, or just normal schlubs like us.

But surely I can limit those who can contact me to “Friends Only”?

In case you thought it was possible to prevent someone you didn’t know sending you a message on Facebook because of your privacy settings – think again. In December, due to user apathy, Facebook was able to push through changes to its privacy and data use policies.

One of the outcomes is that you can no longer limit the people who can send a message to you to “Friends only”. See how they changed it to “*mostly* just friends”?

Don’t forget you should join the Naked Security from Sophos Facebook page, where we keep you up-to-date on the latest scams, security and privacy issues affecting Facebook users.