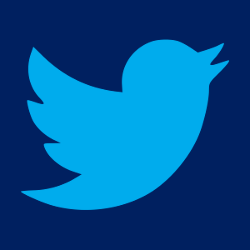 Most of us are inured to email spam, and it’s hardly surprising that there is so much of it, since email is an open ecosystem.

Loosely speaking, anyone can run an email server of their own, or an email client, and connect to any other email server to inject good, bad or indifferent messages into the email universe.

If you don’t want to run your own server, there are thousands of organisations that will offer you space on their servers, from webmail giants like outlook.com and Gmail, to conventional email providers such as your ISP.

Internet email is a giant mesh of interconnected service hubs, each with its own set of spokes (its population of users), exchanging messages using well-known open standards with names like SMTP, POP and IMAP. There’s only one service provider, and, logically if not physically, just one server, with every user connecting to that single messaging hub.

Naively, then, it’s easy to assume that spam would be easy to control, and infrequently seen, on sites like Twitter.

But Twitter’s “single hub” is more like a country or a planet than a village or a town, and it has hundreds of millions of spokes, rather than the 30-or-so that the mental image of a bicycle wheel conjures up.

In fact, Twitter and its users have perennial problems with spam, as a quick search of Naked Security will reveal:

Twitter isn’t powerless against spams and scams of this sort, and has fought back not just online, but also in the courts, notably taking action last year against companies that live off Twitter-spamming software, or off large numbers of automated Twitter accounts.

With this in mind, you might be surprised that the micro-blogging site’s own Twitter identity for reporting spam, the easily-remembered account @spam, has been killed off.

Not to worry, though.

Twitter simply wants you to send your spam reports to @support instead.

No big change, and probably (if the truth be told) a wise decision to use @support as a generic clearing house for customer-facing issues of all types.

After all, the word “spam” is like “virus” these days.

Everyone knows what “spam” means in everyday conversation: e-stuff you didn’t want to receive.

→The English language loves the transfer of meaning, happily extending “spam” so that it means “any sort of unwanted garbage delivered electronically”, and adapting “virus” to cover “any sort of bad software.” That’s metonymy, the same figure of speech by which we read “Redmond” yet think “Microsoft”, or “Crown” but think “the apparatus of statehood.”

But in the context of a security complaint, does @virus cover @Trojan, and @spam cover @scams?

Does @spam cover lolcats sent in great quantity by someone you’d rather not hear from, or should problems of that sort go to @partialstalking or to @iunheartlolcats?

No need for that sort of uncertainty anymore.

Oh, and don’t forget that Twitter allows you to report spammy accounts in a single shot, so you don’t have to report message after message.

Lastly, if you are faced with a spammy link, but you’re pretty sure it doesn’t go anywhere directly dangerous, don’t be tempted to click it anyway “just to see.”

Here’s a video that makes just that point:

Even if an unsolicited link doesn’t put you immediately in harm’s way, remember the advice you can see in the video above: don’t buy, don’t try, don’t reply.