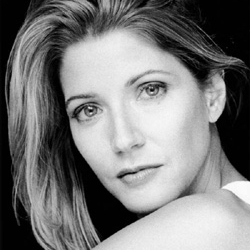 Candace Bushnell, the author famous for “Sex and the City”, has fallen victim to a hacker who not only broke into her Twitter account, but also posted extracts of her as-yet-unfinished next book online.

Although the creator of Carrie Bradshaw seems to have expelled the hacker from her Twitter account, and deleted the offending tweets, an early draft version of what seem to be the first 50 pages of Bushnell’s book – currently entitled “Killing Monica” – are available online for anyone to download and read to their heart’s content.

In addition, the hacker has also posted screenshots of private communications from Bushnell’s Earthlink account between her, her publishers and her literary agents.

Interestingly, the hacker who is taking credit for the compromise of Bushnell’s accounts and the leak of her book draft is “Guccifer”.

Regular readers of Naked Security will remember that Guccifer is the hoopy frood who thought it was a good idea to break into accounts belonging to Colin Powell and former US Presidents George H and George W Bush. From the looks of things, Candace Bushnell has been sloppy with her computer security – perhaps choosing an easy-to-guess password, using the same password in multiple places or allowing her password to be phished by a hacker.

But furthermore, the incident underlines the importance of encrypting sensitive documents (such as the first 50 draft pages of an upcoming book) so even if your email account *is* compromised, a hacker won’t be able to read any attachments which could be confidential or commercially sensitive.

Nobody likes to be hacked, of course. And it is a criminal act which should be investigated by the authorities. And Bushnell and her publishers have the right to choose how and when extracts from her book are shared with a wider audience.

But you can’t help but wonder if Candace Bushnell’s publishers might be able to turn a potential disaster into a PR opportunity, and turn around this unfortunate incident and use it as a chance to heighten interest in the famous author’s next book.

One comment on “Sex and the City author hacked, draft of new book is leaked online”