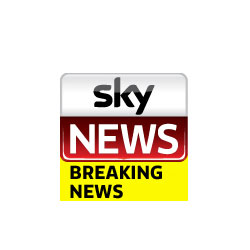 Ah Colin, we were wondering where you were.

The tweet was quickly deleted, but not before over 7500 people had retweeted it.

Sky then issued the following statement:

Earlier today the @skynewsbreak twitter feed was hacked and a single message sent.

Well, no, actually. As Sky said in a follow up statement (and saw the funny side, it seems):

Further investigation uncovered, to our relief, that Colin was in fact a ‘disaster recovery’ test message which accidentally went live. Apologies.

......no Colin was harmed in the making of this message.

Who sent 'Colin' live remains to be seen.

Let's take this as a reminder to us all to always choose a strong password and keep it secret.

And always keep our computers locked when nature calls.