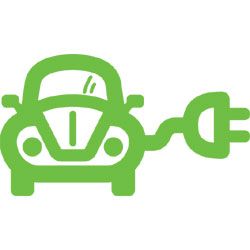 Is there anything more annoying than infrastructure that turns on you?

For years we’ve been warned about the specter of hacker-induced nuclear power plant meltdowns, breached electric-grid control systems or Samsung TVs that let hackers watch you. We’ve even heard we could lose our data to juicejacking, when all we want is an emergency phone charge.

And the lack of security in SCADA systems? It’s more like SCAD-DON’T.

The latest entrant into the scary-infrastructure category comes from a technology that feels like it should be a lot warmer and fuzzier: namely, electric car-charging stations.

In a video recorded at Hack In The Box 2013 Amsterdam and posted courtesy of Help Net Security, Ofer Shezaf, founder of OWASP Israel, talks about the lack of security in these charging stations, which often amount to little more than a computer sitting behind a key-lock panel on the street.

A computer that takes customers financial and personal information, that is.

For three years, Shezaf, an application security expert, worked for a company that makes infrastructure for the car-charging stations.

The equipment in a charging station typically includes these components, he says:

Why do you need such a computer sitting on the street? Somebody has to pay for the electricity, Shezaf says, and controls are needed. You can’t have everybody getting electricity at the same time, or the system will fry.

But once you put a computer on the street, information security comes into play, as does the potential for hacking.

Here are the ways Shezaf says attackers might hack into an electric car-charging station: What can hackers do once they’re in? Shezaf gave this list:

How likely are these types of physical attacks? Not very, Shezaf says, given a few things.

First, they sound simple, but they’re not:

"You need a subject matter expert. That limits the number of people who can do it."

For one thing, encryption is a key challenge of securing charging infrastructure. But encryption is “a tough subject,” he says. There just aren’t that many people who know how to break it.

We don’t see charging stations getting hacked or, for that matter, planes falling out of the sky, but we do see virtual hacking galore.

The reason, Shezaf proposes, is that physical damage frightens us, from an evolutionary standpoint.

If you’re out to make some easy money, hacking a bank online is physically safe. The same can’t be said for physical attacks against, for example, smart cars or car-charging stations:

"While naturally criminals and nation states will use those techniques, a lot less people who are doing it for money will try to hack charging stations."

Hopefully, that all adds up to this particular hacking scenario being relevant, for the most part, to Hollywood scriptwriters.

8 comments on “How to hack an electric car-charging station”