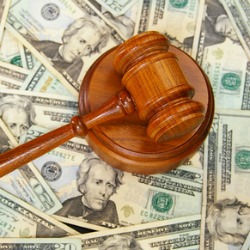 Jeffrey Beall, a US academic librarian who uses his Scholarly Open Access blog to write about publishers’ dubious practices, is being threatened with a $1 billion lawsuit by an Indian publishing group.

Beall keeps a running list, known as “Beall’s list,” of journals and publishers who do fishy things such as spamming scholars or charging bogus fees.

As Ars Technica’s Nathan Mattise tells it, Beall’s work has earned him notice from the likes of the New York Times.

In an April 7 article, the NYT tells of one such fishy scheme in the “exploding world of pseudo academia.”

After signing up for what they thought was a prestigious entomology conference, scientists recruited for “Entomology-2013” (lose the hyphen and you’ve got the name of a legitimate, academically sanctioned conference) found that they had been recruited by email, as opposed to being vetted by leading academics.

To add insult to injury, those who agreed to appear were charged “a hefty fee” for the privilege of appearing on a podium and being able to pad their resume with the negligible accomplishment, according to the NYT.

It’s one example of “a parallel world of pseudo-academia, complete with prestigiously titled conferences and journals that sponsor them,” the NYT’s Gina Kolata reports, with many journals and meetings adopting names that are “nearly identical to those of established, well-known publications and events.”

Usher in Beall, the watchdog who keeps tabs on the publishing end of this predatory phenomenon.

Beall maintains a blacklist of what he calls “predatory open-access journals.”

Speaking with the NYT, Beall estimated at least 25 percent of the total number of open-access journals published today are predatory—as many as 4,000.

In fact, a clear example of predatory publishers’ spamming ways are emails Beall gets from publishers asking to be added to his list of predators.

Beall writes here about one such email, wherein a correspondent who describes himself as “a internee for International Journal of Biology” asks that the journal be listed.

Beall investigated this one in particular and found deceit:

"The new journal [claims to have] 'published' four issues, but upon closer examination, it really hasn’t. It’s a ruse. Among the four issues, there are only six articles. At least some of them are copied from the former BioMed Central (BMC) journal called the Journal of Biology. In 2010, this journal merged with BMC Biology, and the merged journal is called BMC Biology."

"The publisher of the new journal has taken previously-published articles and edited them, changing some of the words, and published them as new original articles in the journal."

It is this kind of detective work that’s raised the ire of the OMICS Publishing Group, based in India.

According to the Chronicle of Higher Education, Beall on Tuesday received a letter from an IP management firm’s lawyer, warning him that he could be imprisoned for up to three years under India’s Information Technology Act.

Beall has accused OMICS of spamming scholars with invitations to publish, quickly accepting their papers, then charging them a nearly $3,000 publishing fee after accepting a paper.

The Chronicle of Higher Education calls the six-page letter “rambling”.

In the letter, the IP management firm calls Beall’s blog “ridiculous, baseless, impertinent,” and says that it “smacks of literal unprofessionalism and arrogance.”

Here’s an excerpt, all nonstandard English being sic:

"All the allegation that you have mentioned in your blog are nothing more than fantastic figment of your imagination by you and the purpose of writing this blog seems to be a deliberate attempt to defame our client. … Our client perceive the blog as mindless rattle of a incoherent person and please be assured that our client has taken a very serious note of the language, tone, and tenure adopted by you as well as the criminal acts of putting the same on the Internet."

Is Beall in danger?

In India, Section 66A of the Information Technology Act makes it illegal to use a computer to publish “any information that is grossly offensive or has menacing character” or to publish false information. The punishment can, in fact, be as much as three years in prison.

According to the Chronicle, were the lawsuit to go forward, Beall would likely win in a US court, if the statements on his blog are in fact true. Were the suit filed in India, the situation gets hazier.

As it is, Section 66A has led to public pushback in India, which in turn has led to the government modifying the law such that complaints must now first be approved by a police deputy commissioner or inspector general.

If the suit does go to litigation, will Beall be looking at paying the Dr. Evil-ish sum of one billion dollars?

Beall thinks the idea is “silly”:

"The amount is silly—I haven't done any damage to their operation. … The case has no merit, in my opinion."

May you and other watchdogs not get hounded into silence by vindictive litigation, which this certainly sounds to me like it might be.

Images of lawsuit papers and gavel courtesy of Shutterstock.