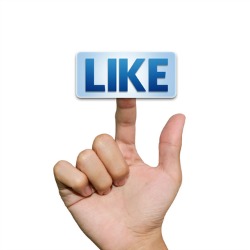 Up until Tuesday, it was, apparently, OK to host a Facebook page titled “Fly Kicking Sl*ts in the Uterus” or ” Violently Raping Your Friend Just for Laughs”, but it was definitely not OK to post breastfeeding or post-mastectomy content.

I say “apparently” because those particular pages, pointed out by a women’s coalition as examples of Facebook-condoned content regarding violence or hate speech against women, can no longer be found on the site.

Thanks to an open letter to Facebook from that coalition – which includes Women, Action & the Media, The Everyday Sexism Project and others – Facebook has confessed that it’s been kind of asleep at the wheel when it comes to gender-based hate.

It also, apparently, has taken down the particularly offensive pages to which the coalition referred.

An excerpt from a statement posted Tuesday on the Facebook Safety page:

In recent days, it has become clear that our systems to identify and remove hate speech have failed to work as effectively as we would like, particularly around issues of gender-based hate. In some cases, content is not being removed as quickly as we want. In other cases, content that should be removed has not been or has been evaluated using outdated criteria. We have been working over the past several months to improve our systems to respond to reports of violations, but the guidelines used by these systems have failed to capture all the content that violates our standards. We need to do better - and we will.

Here’s the nub of those action items: The women’s coalition that sparked the change says that those who participated in its campaign against gender-based hate speech on Facebook sent over 60,000 tweets and 5,000 emails.

Since the campaign launched, the coalition has grown to include over 100 women’s movement and social justice organizations.

Specifically, we are referring to groups, pages and images that explicitly condone or encourage rape or domestic violence or suggest that they are something to laugh or boast about...

...Your common practice of allowing this content by appending a [humor] disclaimer to said content literally treats violence targeting women as a joke.

The coalition applauded the changes Facebook outlined on Tuesday, saying that its latest move is in line with the company’s prior history in battling hate speech:

Facebook has already been a leader on the internet in addressing hate speech on its service. We believe that this is the foundation for an effective working collaboration designed to confront gender-based hate speech effectively. Our mutual intent is to create safe spaces, both on and off-line. We see this as a vital and essential component to the valuable work that Facebook is doing to address cyber-bulling, harassment and real harm.

This is a good move on Facebook’s part.

I’m glad to hear that the company plans to get less muddled when it comes to differentiating between violent, hateful content and that which constitutes justifiable free expression.

I’m glad that this has resulted in some truly offensive content getting fly-kicked right to the curb.