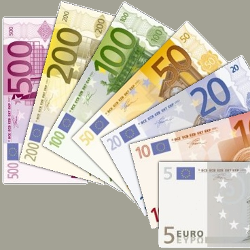 The London Evening Standard recently ran a story about a German bank clerk who is supposed to have “nodded off at his keyboard during a transaction.”

Apparently, the clerk was typing in an amount of 64 Euros and 20 cents when he fell asleep and his keyboard’s auto-repeat took over.

The supervisor’s supervisor spotted the double-blunder and headed it off at the pass, but the intermediate supervisor was sacked for letting the transaction go through in the first place.

→ The story claims that this all came to light because an industrial tribunal in Germany decreed the supervisor’s punishment to be too harsh, considering that she had already been expected to vet 812 documents that day, spending “just over a second” on each one. She was reinstated.

There are lots of unanswered questions in the story, which makes you wonder how much of it is urban legend, extrapolated somehow from details that were lost or altered in translation.

So, who knows what really happened in this case?

We know that there are some tasks that we simply oughtn’t to attempt when our judgements are impaired, say through tiredness or alcohol.

Driving cars, shooting firearms and performing orthopaedic surgery, for example, are activities that are best avoided under such circumstances.

Yet many of us insist on living our digital lives logged in semi-permanently to sites such as Facebook, Twitter, webmail and more, thus actively and unashamedly inviting upon ourselves exactly this sort of 22-million-Euro-blunder moment.

It’s not just that we’re more likely to initiate an unwanted bank transaction (or send an unintentionally ruinous email) while we’re tired or lit.

It’s that by leaving ourselves logged in unnecessarily, we make it easier for our computer to do just such a thing if it becomes impaired, for example through misconfiguration or malware infection.

It’s a lot less convenient to have to keep logging into and out of your email account, your blog site or your favourite social media account every time you want to tell the world something new.

But do you really have so much to say, at such short notice, that this is an inconvenience you can’t tolerate?

Try it: you may thank yourself one day.

12 comments on “Dozing bank clerk turns €64 into €22 million – and teaches us all a security lesson!”