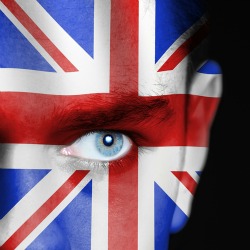 A cluster of top political figures in the UK, including several former Home Secretaries, has issued a public letter insisting on the revival of the so-called “snoopers’ charter” – legislation to give British police and intelligence services more access to personal data.

In a stirring display of bad timing, the letter, co-signed by big names from both sides of the political divide and sent to the Times newspaper, aims to break opposition to the bill from the Liberal Democrats.

The proposed £1.8 billion “Communications Data Bill“, promising massive-scale harvesting of web and phone data, has always been controversial. It was pushed onto the back burner in April when Lib Dem leader Nick Clegg came out against it.

But it seems that, despite the current heavily anti-snooping mood, some people are not ready to let it lie.

A lot of these guys are getting on a bit – their job titles mostly include a “former”, several reports refer to them as “senior” and even “grandees” – so maybe they have an excuse for not keeping up with current events. They’re probably spending a lot of time pottering around the garden, playing bingo or watching Quincy.

They seem not to have even noticed the massive, non-stop political and social hurricane surrounding the so-(mis-)called “PRISM” leak rumpus, dominating all headlines for the last week or so.

For the moment we’ll ignore the justification they give for their demands; they reference the horrific attack in London a few weeks ago, whose perpetrators were well known to MI5. This seems to indicate, if anything, that UK spies already have more information than they can possibly process and act upon, but that’s by the by.

If there’s anything the whole PRISM circus shows, it’s that intelligence services are really bad at privacy. The NSA, famously the most top-secret of secret organisations, is actually not able to keep its own top-secret secrets especially secret. In essence, they hired a temp (OK, “consultant”, I’ve never been clear on where one stops and the other starts), and let him, what? Dump a load of highly-classified documents to a personal USB stick or a CD? Or send stuff out to his personal Gmail account?

C’mon guys, where was the data security?

We’re not talking about beefy armed guards running high-tech body-scanners over everyone leaving the secure facility in the back of a fake launderette, or beagles that can sniff a microdot at 20 paces. This should be covered by basic data handling policies, DLP and maybe a bit of device control.

And this is their OWN secrets. How much less careful are they with other people’s?

I try to be fairly careful with my personal data, not obsessively so but taking reasonable precautions. What’s the point of making the effort though?

Clearly, the cops and the secret agent men are going to compile a detailed and comprehensive dossier on everything they can find out about me, then just pop the data on a laptop or USB stick (unencrypted, of course), and leave it lying around the nearest train/taxi/rail station/airport/nightclub. Or better yet, simply put the whole database on eBay because the hard drives seem a bit old.

So, no thanks. Until “the man” proves he can look after it better, I’d rather not give him any more data than he already has. For the first time in a while, I agree with Nick.